A maritime-focused visit to Falmouth by His Royal Highness The Duke of Kent was a feather in the cap for Cornwall’s marine industries and the Royal National Lifeboat Institution – both of which are close to The Duke’s heart.

As he toured the strategically and historically important Falmouth Wharves The Duke heard how the site has been preserved as a deep-water hub of commercial maritime industries – after plans by a previous owner to develop a luxury hotel and apartments there were rejected.

The Wharves were “saved” when tenants Keynvor MorLift (KML) succeeded in buying the site, with essential financial support from Cornwall Marine Network (CMN) which manages the Cornwall Marine Capital Fund. The purchase has safeguarded the existing employment of around 100 people and allowed KML to refurbish the site to become their headquarters, with the creation of 39 new jobs.

The Duke’s first port of call was Cornwall Marine Network’s Falmouth HQ as the not-for-profit marine trade organisation celebrates the milestone of supporting 3,000 people into employment since its inception in 2005.

He was then taken on a guided tour of Falmouth Wharves by Keynvor MorLift’s Managing Director Diccon Rogers: “KML has particular strengths in marine civil engineering and marine renewable energy all around the UK,” he says. “The Duke was particularly interested in our work in the Orkney Islands for Rolls Royce Energy – and here in Falmouth to see the heavy gradings of Cornish granite armour stone being exported from the Wharves to the vulnerable sections of coastal railway line and cliff in South Devon. He also asked many questions about the Oceanus wave energy converter device which we will be reinstalling on the Wave Hub off Hayle.”

The Duke met marine apprentices working in boatbuilding and marine engineering through a scheme supported by Cornwall Marine Network, before unveiling a commemorative plaque in Keynvor MorLift’s newly refurbished headquarters.

After a lunch hosted by KML The Duke, who has been President of the Royal National Lifeboat Institution since 1969, boarded the Falmouth Lifeboat for a trip down river to visit volunteers and staff at Falmouth Lifeboat Station. There, as well as meeting members of the lifeboat crews and some of the Management Group who help to run the station, he paid a visit to the shop and unveiled a plaque to commemorate 150 years of lifeboat operations at Falmouth.

The Duke of Kent later headed across to Mousehole where he officially opened the Solomon Browne Memorial Hall.  A refurbished pilchard store named after the Penlee lifeboat tragically lost in December 1981, the hall is a much needed community space and also provides a home for the famous Mousehole Harbour Lights. 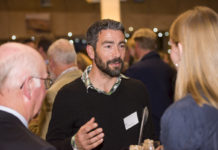 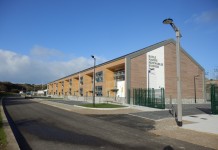 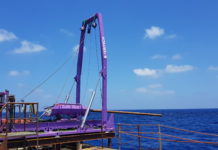 SWIG adds to board