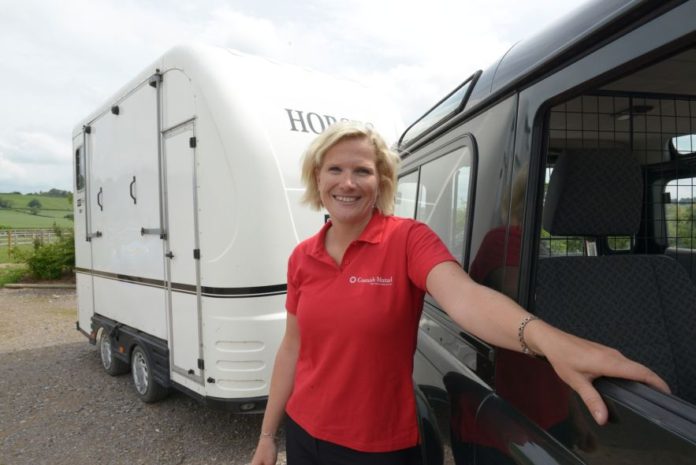 A new video promoting the importance of horse trailer safety and maintenance ahead of this summer’s show season has been specially produced by South West-based rural insurance firm Cornish Mutual.

The short-film highlighting the potential issues around maintaining and towing boxes and trailers has been commissioned and launched by the company, which insures horse owners across Cornwall, Devon, Somerset and Dorset.

There are more than 216,000 horses in the South West and Wales, according to the British Equestrian Trade Association (BETA) and each year Cornish Mutual deals with third party and horse insurance injury claims involving horseboxes and trailers.

Naomi Phillips, Senior Inspector with Cornish Mutual and the presenter of the video, says:

“I’ve ridden from a young age and been involved in breeding, showing, eventing and dressage for many years. If, like me, you’re a responsible owner, you’ll understand the importance of spending the time regularly maintaining and looking after your horsebox or trailer. Sadly there is a small minority of people out there who simply don’t carry out standard and simple checks on their vehicles and this is when accidents are more likely to happen.”

Last August, a cyclist in Devon suffered broken bones and a number of cuts after he was involved in a crash with a horsebox on the A386 near Plymouth and in April this year, a horsebox toppled over in an accident on the A30 near Okehampton in Devon.

The insurer is now raising awareness of the risks involved in transporting horses to help reduce the number of incidents and costly insurance claims which could be avoided.

You can view the video here: Horse trailer safety video