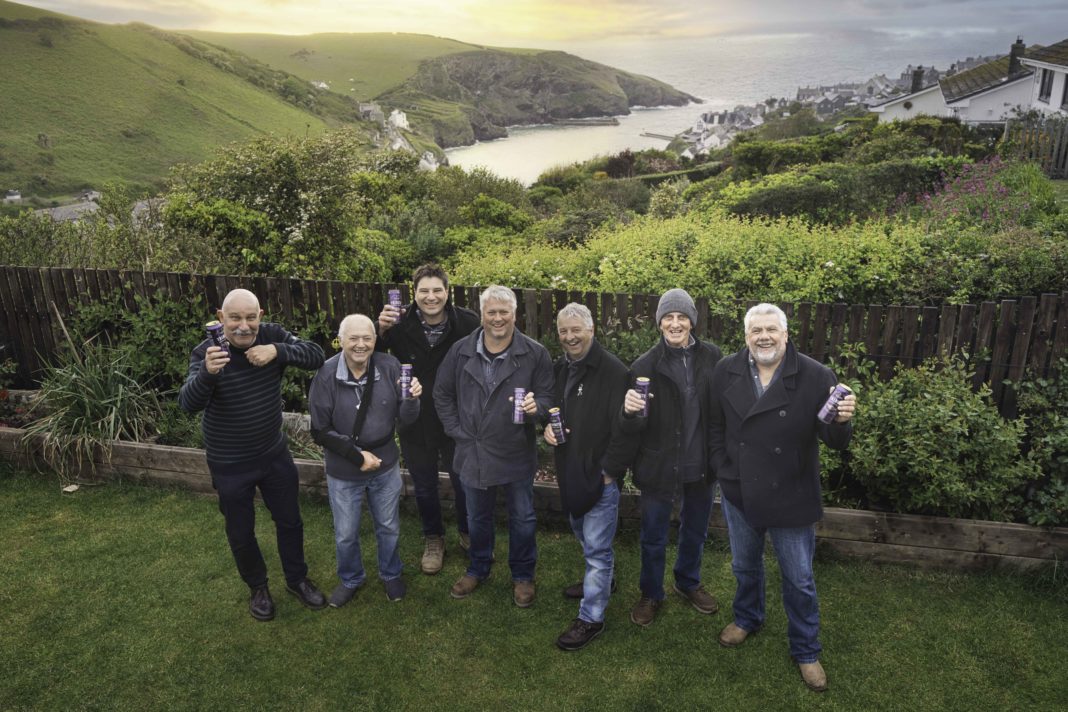 Two of Cornwall’s most recognisable exports have extended their long-standing partnership.

St Austell Brewery and the Fisherman’s Friends have been working together for ten years; a period that’s seen the eight-piece singing group skyrocket to Cornwall’s number one ‘buoy band’, and the brewery establish itself as one of the county’s most successful independent businesses. As part of the renewed sponsorship, Tribute Pale Ale will continue as the official beer of the band.

This year, Fisherman’s Friends will be the subject of a brand-new musical – debuting at the Hall for Cornwall – that will bring their inspirational story to the stage for the first time. The band is also set for a return to the big screen. Filming for the sequel to their 2019 hit debut movie will begin this summer, in time for a 2022 release. The partnership will also see the band perform a series of exclusive gigs at St Austell Brewery’s pubs.

St Austell Brewery has supported Fisherman’s Friends since their humble beginnings as a much-loved local outfit in the small seaside village of Port Isaac, North Cornwall. The brewery helped finance some of the band’s early albums and ensured the members were kept in regular supply of Tribute. The group signed a record deal with Universal Music in 2010 and delivered their first top 10 album in the UK that same year.

Laura McKay, head of marketing for St Austell Brewery’s Beers & Brands, said: “As a business, we’re incredibly proud to be born in Cornwall. The Fisherman’s Friends’ shanty singing encapsulates the true spirit of our home county.

“Partnering with the band has been a natural fit from day one and we’re delighted to be continuing this journey with them. We look forward to supporting their upcoming events and film release, which present fantastic opportunities for showcasing our flagship beers to new audiences.”

Jon Cleave, band member said: “The Fisherman’s Friends are delighted to be able to moisten their vocal cords with copious amounts of Tribute and Korev, all in the name of artistic expression of course!”