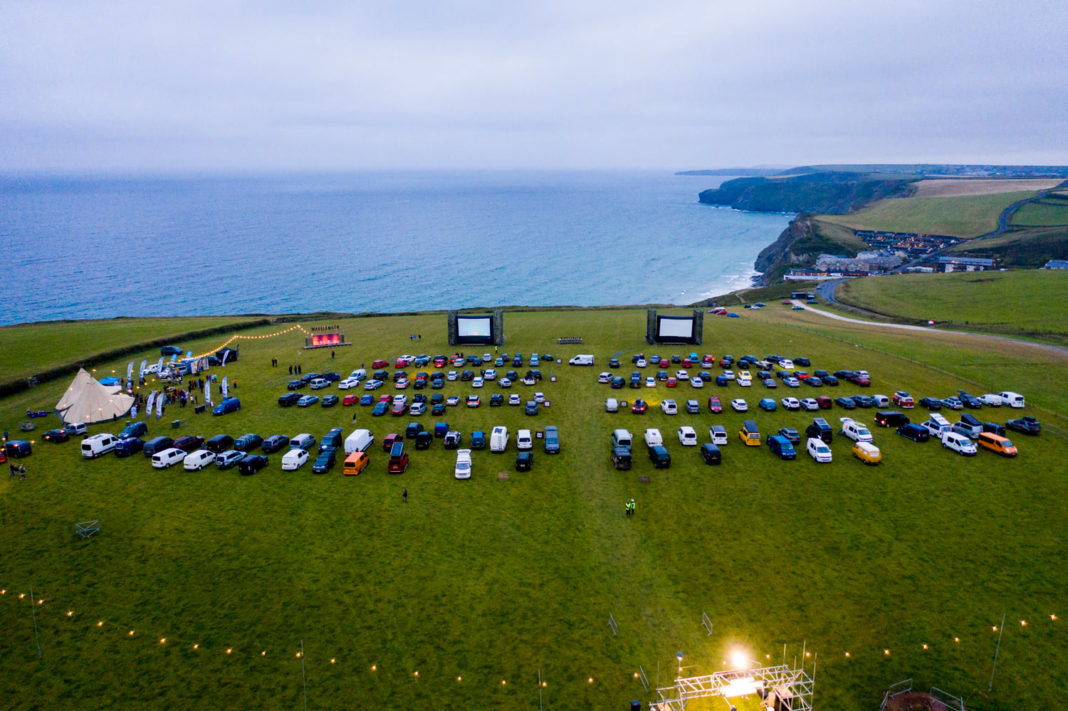 Korev Cornish Lager has been announced as a premium partner of the new Wavelength Drive-In Cinema – set on the clifftops overlooking Watergate Bay.

The team behind surf publication, Wavelength, are presenting a programme of cult classic movie nights throughout the summer, kicking off last week with Cornwall-based surf film, Blue Juice. The outdoor screenings – also including Grease, Back to the Future and Fisherman’s Friends – will be running throughout the summer until September 6.

Wavelength MD Guy Hayler said: “We’re incredibly excited to have kicked of the Wavelength Drive-In summer series with a bang last weekend. The opening three nights were sold out meaning we welcomed over a thousand people in total.

“The drive-in cinema is more than just a movie screening and we want to make sure everyone has a memorable night of entertainment. We seized the opportunity to work with and support local brands – like Korev Cornish Lager – in order to deliver an amazing experience.”