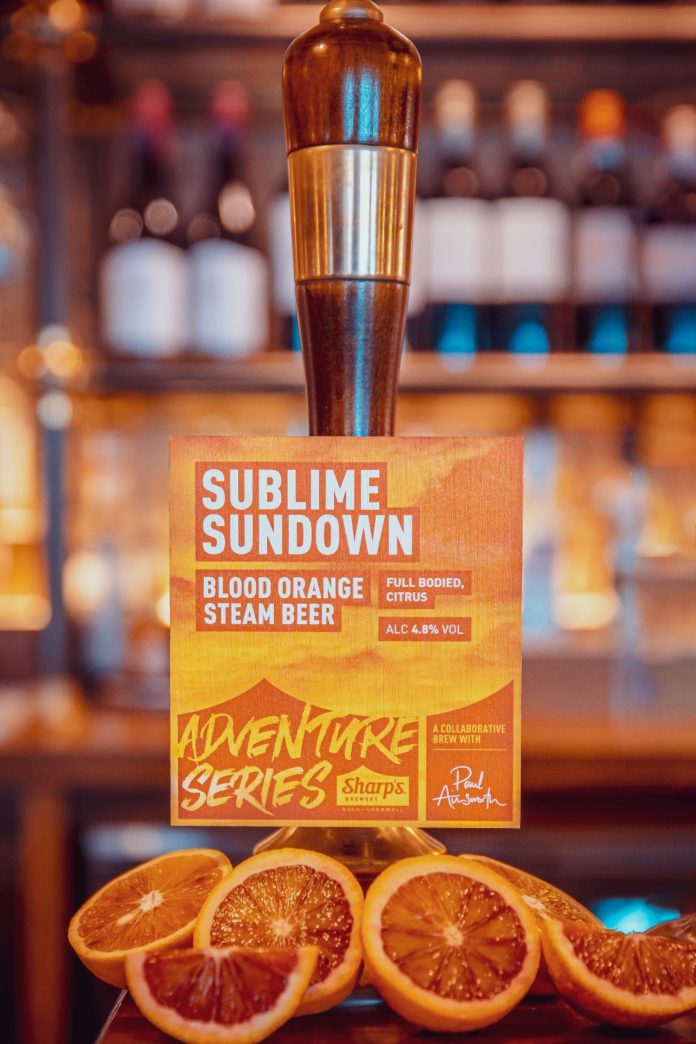 Sharp’s Brewery has launched the first of its 2020 ‘Adventure Series’ beers, created in collaboration with Michelin-starred chef Paul Ainsworth.

Sublime Sundown is a “zesty amber ale” that was initially inspired by a dish served at Ainsworth’s pub in Rock, The Mariners –  Hunters’ Snags – Cornish sausages roasted in butter and thyme, with a dollop of thick-cut orange marmalade and mustard.

Ainsworth said: “Collaborating with Sharp’s Brewery to come up with our very own limited-edition beer has been one of the most exciting, creative, and rewarding projects I’ve ever been involved with.

“The flavour profile in this beer is everything I wanted it to be. What I also wanted to try and incorporate in this beer is an old-fashioned blending known as ‘steam style beer.’  This allowed us to combine the characteristics of lager and ale which makes for a really moreish beer, the colour and pour of which just look incredible in the glass.”

The amber ale is available now at select locations nationwide through to the end of April.