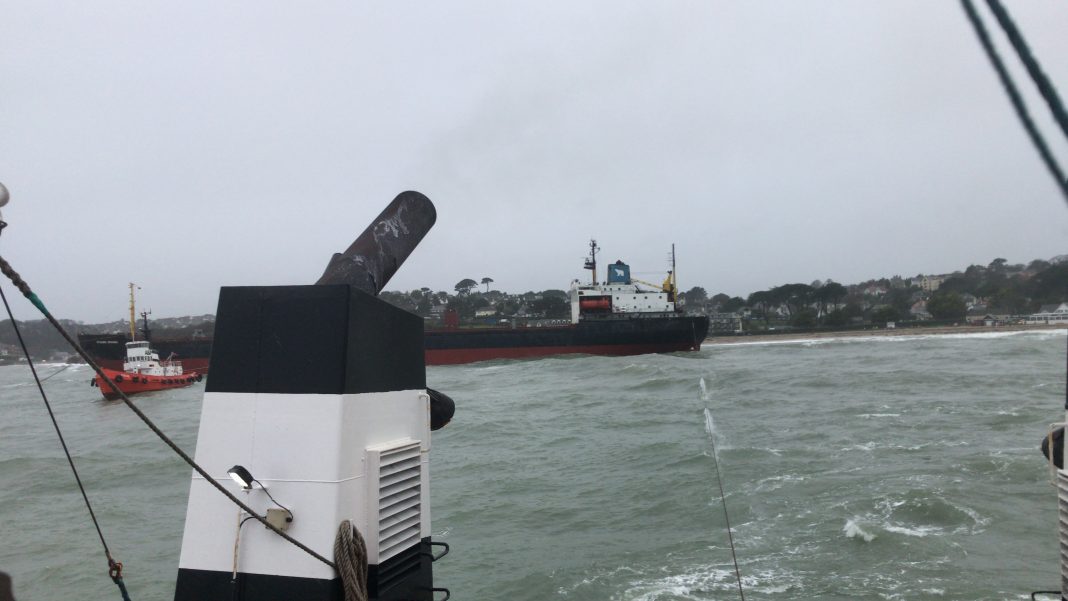 Falmouth Docks and Engineering Company (FDEC) has praised the agility of its marine operations team as they worked as part of the emergency response effort for the Russian vessel Kuzma Minin, which ran aground in Falmouth Bay during gale force winds yesterday.

Drystan Jones, port operations director for FDEC, which is part of the A&P Group, commended the collaborative efforts of the towage team, which were briefed, deployed and on the water within an hour of the requests from the coastguard.

The emergency response required a collaborative effort between local organisations and included the despatch of a coastguard helicopter, re-floating the stricken cargo-ship during high tide and towing it to safety with three of A&P Group’s tugs. The 16,000-tonne vessel is now safely anchored again and will now undergo inspection by the authorities.

Jones said: “Despite the very testing and tricky conditions, the FDEC team delivered a very impressive, swift and professional response and we are exceptionally proud of their efforts.

“From the coastguard’s initial response yesterday, we had three harbour tugs on stand-by and worked as part of a combined emergency response team with the Falmouth Harbour Commissioners and the Marine Coast Guard Agency (MCA). We are grateful to Fowey Harbour Commissioners also, who provided a fourth tug in time to support the extraction of the stricken vessel.  We are delighted that the vessel has now been safely re-anchored without any incident and that a positive outcome has been achieved.”