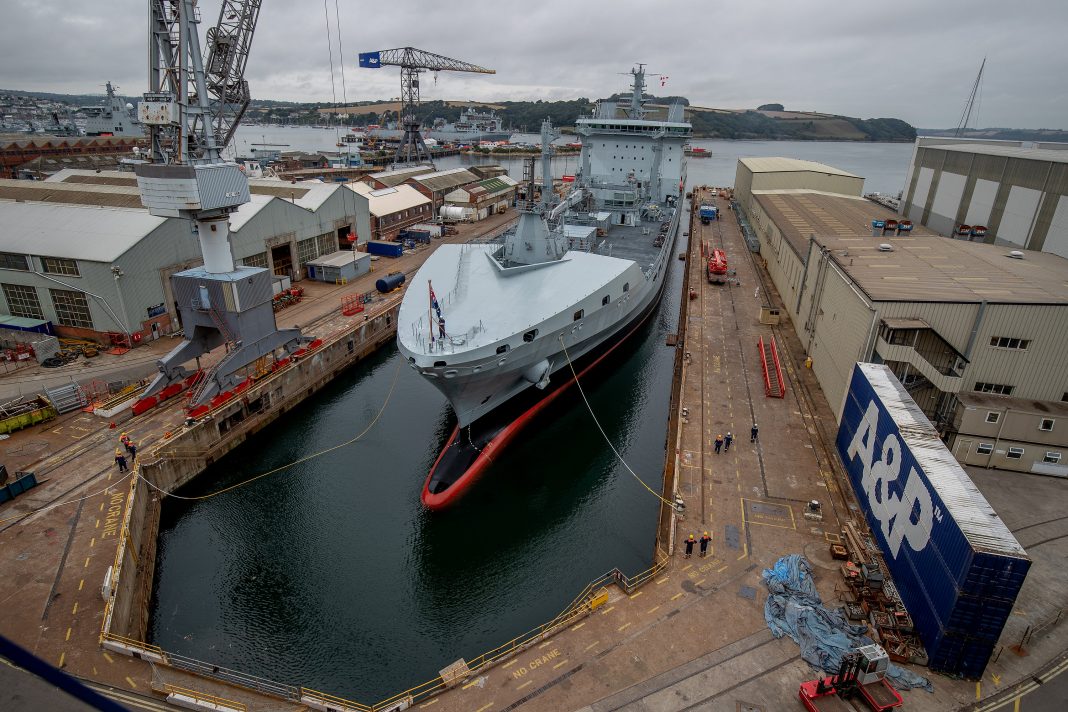 The fourth and final Tide-class tanker, RFA Tideforce, has arrived into A&P Falmouth for customisation, fit-out and capability assessment trials.

Following her sister ships Tidespring, Tiderace and Tidesurge, the 39,000 tonne vessel arrived at A&P’s Falmouth facility yesterday (August 15), ready for a four-month programme of works before entering service, expected in 2019.

The programme of customisation work includes the installation of communications equipment and defensive systems and has been responsible for sustaining 300 jobs in Falmouth since A&P’s contract began in 2015.  Once customisation is complete, RFA Tideforce will undergo capability assessment trials which include replenishment at sea (RAS) trials and first of class flying trials.

David McGinley, MD of Atlantic and Peninsular Marine Services, said: “The arrival of RFA Tideforce into Falmouth is a significant milestone for the A&P team. RFA Tideforce is the final vessel of her class and this is the fourth time we have supported a Tide class vessel during their arrival voyage. We will now complete the customisation, fit-out and capability assessment trials to the same high standards, on time and to budget, as we have for the rest of the fleet.

“A&P Group is delighted to have played such an integral role in bringing this new fleet of tankers into service to support Royal Navy vessels around the world and are especially proud of our team and supply chain for their hard work and dedication.”

RFA Tidespring is already in service, with RFA Tiderace due to join her in September, while RFA Tidesurge has now completed her customisation programme and is about to embark on capability assessment trials.