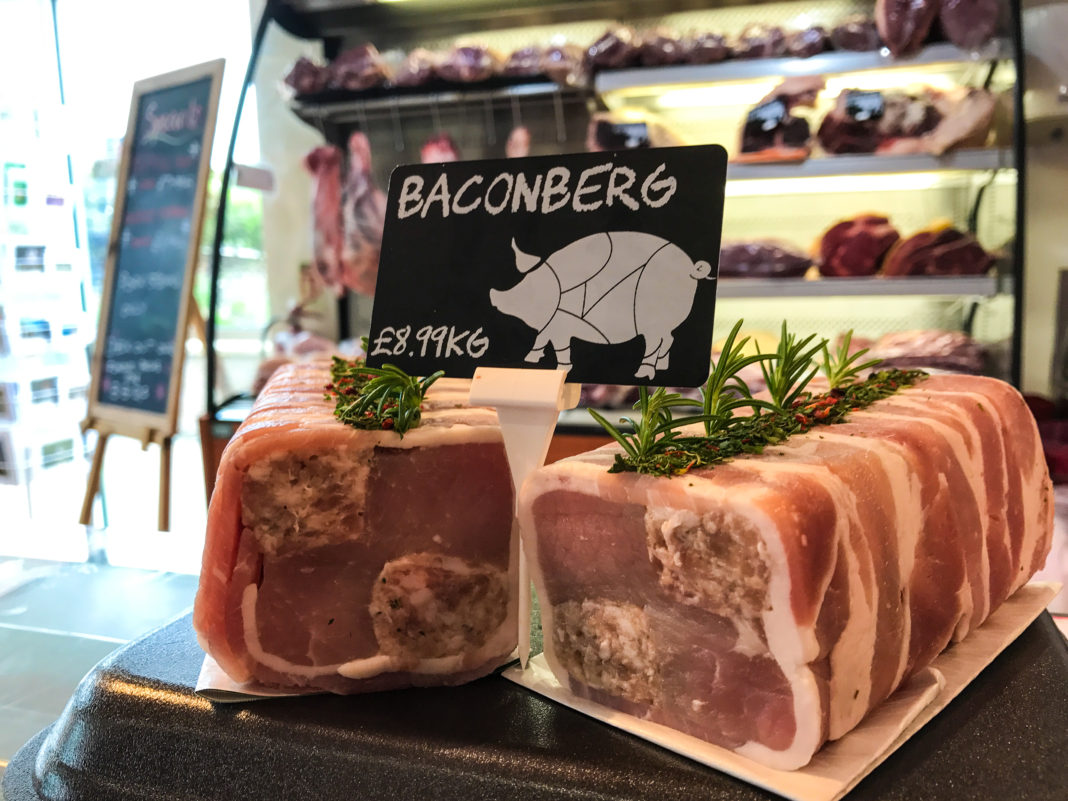 Etherington’s Farm Shop near Redruth has scooped four gold awards and a silver at this year’s Taste of the West product awards.

Having won gold for its eco-friendly farm shop last month, the accolades have continued to flow, with its traditional Cornish Pasty, hog’s pudding, glazed pork ribs and new product ‘Baconberg’ all being awarded gold, while a turkey and bacon roulade with cranberry and chestnut stuffing was awarded silver.

Baconberg is a creation by Etherington’s apprentice butcher Scott Buzza. Based on the iconic Battenberg cake, it even features the distinctive two-by-two check pattern of the sugary treat – however, Buzza replaced every ingredient with meat, substituting the light sponge with loin and sausage meat, and the marzipan with bacon.

MD, Mark Etherington, said: “To have done so well at the Taste of the West Awards is particularly pleasing as they’re solely about taste, and to have so many products rated as gold is a fantastic accolade.” 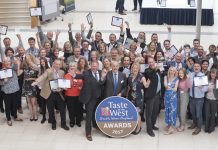 Entries open for Taste of the West Awards 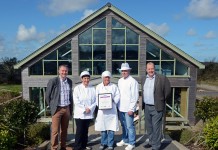 Pasty with a touch of SALSA 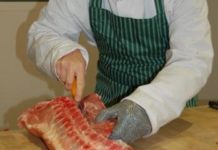