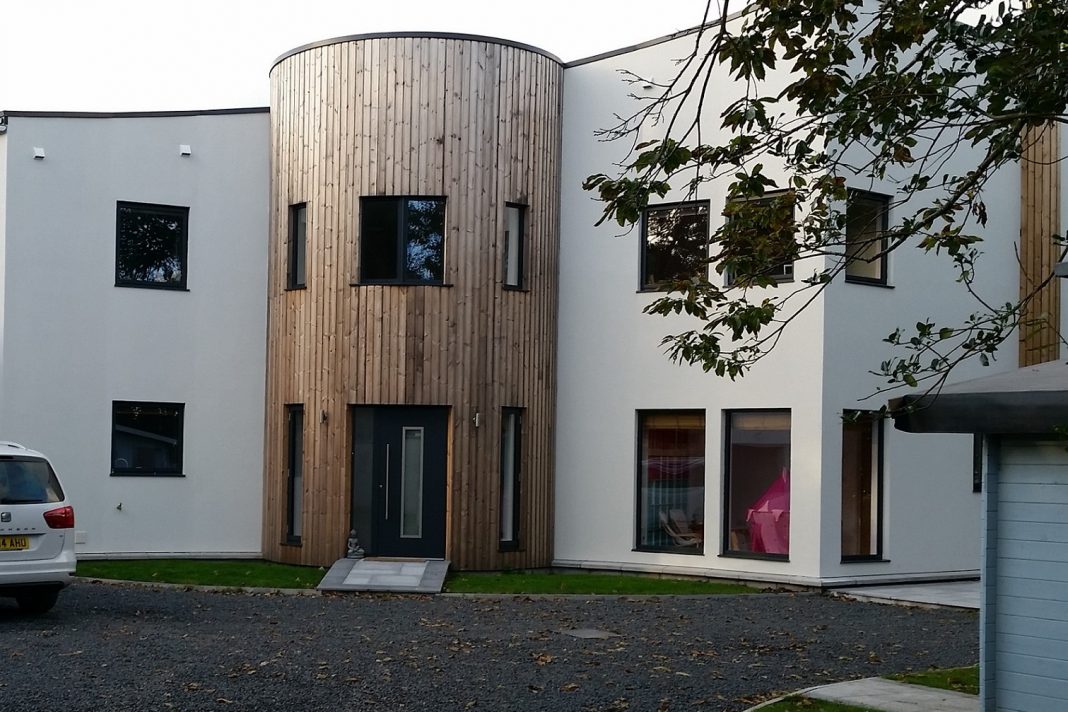 A local architectural technologist has been crowned as a winner of a national campaign that shines the spotlight on self-builders.

Roy Austin, who works with SPS Architectural Services in Redruth, was named as one of three winners in CRL’s Venturous Builds campaign.

Austin went down the self-build route after moving to Cornwall with his family five years ago. The main design brief was to accommodate the needs of his son who has cerebral palsy, and therefore worked closely with specialists and therapist to accommodate his needs.

After failing to find anything suitable on the market, the family decided to go it alone and build a family home, with the purchase of a building plot with planning permission. Keeping with the original concept, the house was re-designed to accommodate the family needs.

Working with Frame Homes of Redruth, construction got under way in October 2014 and was completed just eight months later.

Built on a 90-degree curve, Rosedene is fully accessible with a wheelchair lift, accessible bathrooms and wide doorways throughout.

Austin said:  “We’re delighted to have been chosen as one of the winners of the campaign and that our achievements have been recognised.

“I’ve worked in architecture for 14 years, so have always had an interest in design, especially with bespoke properties. I felt considering the cost of buying a house to adapt or extend to cater for my son who has cerebral palsy, it would be more cost effective to build something from scratch to and incorporate everything we needed from day one.

“We are really pleased with the end result and happy to be living in our dream home.”