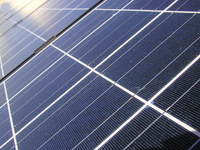 The Government has announced that the subsidy support used by many of Natural Generation’s clients to offset the initial expense of investing in larger solar systems, ROC (Renewable Obligation Certificates), is to be cut from April 2016 as part of a raft of measures designed to cut support to the renewable sector. Further cuts are expected to other tariff bands of the solar subsidy system including the domestic 4kW band.

Chairman of Natural Generation, Mike Field commented: “Cornwall needs renewable energy. Amber Rudd has last week outlined the impact that climate change is already having on our economy while at the same time cutting away the support that was in place for businesses and households. We at Natural Generation remain absolutely certain that renewable power is the best value and most accessible way in which the UK can reduce its dependence on fossil fuels, reduce fuel bills for everyone and mitigate the impacts that we are already seeing of climate change. It is so important for the Cornish economy that we continue to build on the skills and expertise we have developed here in the renewable sector. We are in fact on the brink of a revolutionary step forward in how homes and businesses can control their own power through energy storage which has been accelerated by the amount of systems installed by families and businesses here in Cornwall. These Government measures will not reduce our commitment to the investments that our clients have made. We maintain over 100 wind turbines and 72 Megawatts of solar across the UK. These systems contribute to the incredible levels of renewable power production that the UK should be so proud of having achieved so far, but we still have so much more to do.”

Julian German, cabinet member for economy and culture at Cornwall Council said: “We see renewable energy as critical to Cornwall’s future prosperity and well-being and believe this is the case for the whole of the UK. A number of Government changes have caused instability in the UK renewables market and this is very disappointing given its recent growth and future employment potential. In Cornwall’s recent devolution deal, Government has committed to a Low Carbon Enterprise Zone in Cornwall along with a series of pilot projects to support the roll out of community energy and a focus on the deployment of smart grid. We will therefore be working hard with Government and alongside our businesses and communities to realise the strong benefits of renewable energy for one and all.”

The ROC cut applies to systems over 250kW to 5MW, sites which have seen a slow-down in any case since the planning restrictions were brought in a few weeks ago on July 18th this year. To compare, a standard domestic system is 4kW or 16 panels which can provide over 50% of a home’s electricity needs. With one of the highest uptakes for domestic solar systems as well as wind and renewable heating Cornwall can now generate over 14% of its energy requirement from renewable sources, the equivalent of 1.3 million households.