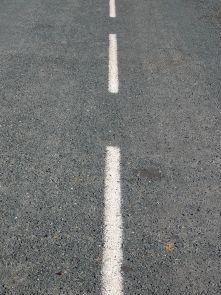 A vital transport scheme that will ease congestion on the edge of Newquay and unlock hundreds of new jobs at the Aerohub Enterprise Zone at Newquay Cornwall Airport is now underway.

The £3.3 million Rialton Link between Quintrell Road and Rialton Road will bypass the existing junction where the two roads meet and is scheduled for completion in April next year.

The removal of this notorious traffic bottleneck means the aspiration to create over 2,500 jobs at Aerohub can move a step closer.

And it will remove a restriction which currently means that only 40% of the 53-acre Aerohub Business Park next to the airport can be developed because of the constrained junction. The business park is expected to deliver up to 30,000 sq metres of workspace and create a further 750 jobs.

The 560-metre road will eventually form part of the Newquay Strategic Route that will connect West Road to the south, Trevenson Road to the west and Rialton Road to the north east via Quintrell Road.

The Strategic Route will traverse the Duchy of Cornwall’s Nansledan urban extension to Newquay, helping to remove traffic from surrounding settlements, including Quintrell Downs.

Construction of the Rialton Link is being managed on behalf of Cornwall Council by the Duchy of Cornwall which has provided the land and co-funded the scheme alongside the Homes and Communities Agency and the Department for Transport (DfT), following a successful bid by Cornwall Council for £1.9m of DfT Pinch Point funding last year.

Miles Carden, Aerohub Enterprise Zone Manager at Newquay Cornwall Airport, said: “This is a critical piece of infrastructure and we are delighted that work has started. It will remove a significant constraint to our growth ambitions on the Aerohub Business Park where a £6 million investment is currently underway to make the first phase ready for new occupiers by October next year.

“Improved links between Aerohub and the community in Newquay are a vital part of our plans so this news is most welcome.” 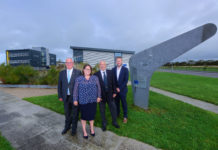 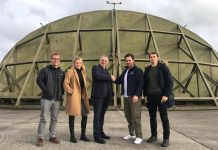 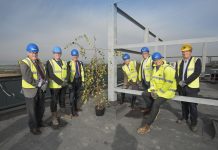