The Liberal Democrats have announced that they will campaign at the next General Election to introduce a Cornish Assembly.

Liberal Democrats in Cornwall have long fought for greater powers for the Duchy and for recognition of “Cornwall’s unique heritage, culture and constitutional status”.

In 2009, Dan Rogerson MP introduced the Government of Cornwall Bill to Parliament which proposed a legislative Assembly for Cornwall similar to the National Assembly for Wales.

Introducing a Cornish Assembly was already a national Liberal Democrat party policy, but will now feature in the party’s planned manifesto for the next General Election in May 2015.

The ‘pre-manifesto’ was launched by party leader and Deputy Prime Minister Nick Clegg this week and will become the Lib Dem manifesto at the 2015 General Election.

Rogerson said: “In Coalition Government the Liberal Democrats have a record of action in delivering for Cornwall. Despite opposition and disinterest from Conservatives, Lib Dems have made sure that the Cornish are recognised with national minority status, have provided funding to support the Cornish language and have made sure that more decisions are taken here in Cornwall through bodies like the Cornwall and Isles of Scilly Local Enterprise Partnership.

“Of course there is more to do, and more that we would like to do. That’s why if Liberal Democrats are part of the next government we would introduce a law-making Cornish Assembly. Bringing more powers and decision making to Cornwall will give local people a greater say over issues like schools, jobs, housing, healthcare and public transport, and will allow decisions to be taken in Cornwall and in the best interests of Cornwall.” 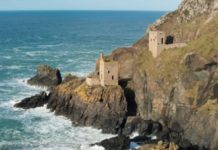 £5M boost for tourism in SW