The chief executive of Careers South West retires this week after 20 years at the helm.

Jenny Rudge OBE started her career in the private sector, working for organisations such as the Ford Motor Company.

She entered the careers service in 1976 and later become assistant principal careers officer for Cornwall. She took up her present position in 1995.

Reflecting on her long tenure, she said: “The job has never been dull, we have been privatised, nationalised, localised and now increasingly commercialised.”

She added that although the decision to retire was a difficult one, she “felt it was the right time hand over the reins”.

Paying tribute, Careers South West chairman, Alan Stanhope, said: “Jenny has championed excellence and innovation ensuring that over the last decade the service has had more contact with young people than any other area’ and thanked her for visionary and inspirational leadership.”

Rudge, who formally retires on Friday (September 12), is succeeded by Paul Hobson, who joins the company from his previous role as a Regional Director for Nuffield Health. 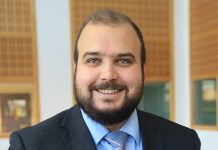