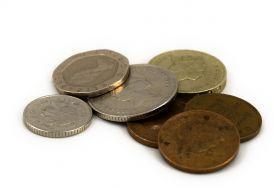 Employers are giving elaborate excuses for not paying the National Minimum Wage (NMW), when challenged by HM Revenue and Customs (HMRC) officers, the department revealed today.

One employer claimed that a worker was his wife, but then had to ask her name. Another claimed that their employees didn’t speak English, so were not entitled to the minimum wage. Others simply tried to deny the employee worked there at all.

To coincide with NMW’s 15th anniversary, HMRC is today revealing the ten worst excuses given in the past 12 months for not paying the minimum wage:

Jennie Granger, HMRC’s director general of enforcement and compliance, said: “Most employers are honest and pay their staff the correct rate. But this research shows that some still view the National Minimum Wage as a choice, and will even try these crazy excuses to avoid paying workers what they are due.

“Last year, HMRC’s investigations resulted in over 26,000 people getting a share of £4 million in back pay. HMRC investigate all complaints of employers failing to pay the minimum wage. We will take action to recover back pay for employees and fine employers who are not playing by the rules.”