Beard wearing in Cornwall is on the increase and if a recent study is anything to go by then it could be spurring on our growing creative industry.

A study carried out by the University of Texas has found that beards and creativity go together.

Following the transatlantic rise of the hipster beard in creative districts in Brooklyn and Shoreditch more men are trying to cultivate facial hair.

But a recent survey has found that there is a link between beardstroking and good thinking.

The research was lead by Professor Joseph Hill from of the University of Texas over two years.

The survey followed 150 men working in the creative industries.

Results found that the clean-shaven men had on average 50 creative ideas per day, while the men with full-grown beards had around 80 ideas per day.

The surprise result in the survey found that men who grew a beard for 12 months had approximately 80 good thinking ideas per day, but as soon as they shaved the beard off the level of creative thinking fell to an average of 40 ideas per day.

Prof Hill said: “We remember the Biblical story of when Delilah cut off Samson’s hair in the Book of Judges.

“As a result of this Samson lost his strength.

“Our research has found that there is credence in this story as men who are creative and have had beards, but shaved them off, lose on average 50% of their ideas each day.”

Beard wearer Nigel Barker, who works for Truro based creative agency MPAD said: “I never realised that there was a link between facial hair and productivity.

“If this is true then it looks as though the beard will have to stay.”

Reports in February this year found that young men in America, aged between 20 and 40, who struggle to grow facial hair are paying up to $7k for a beard transplant.

Sign up to receive Business Cornwall magazine on your iPad 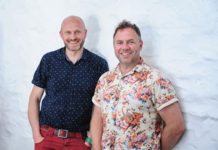 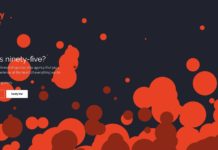