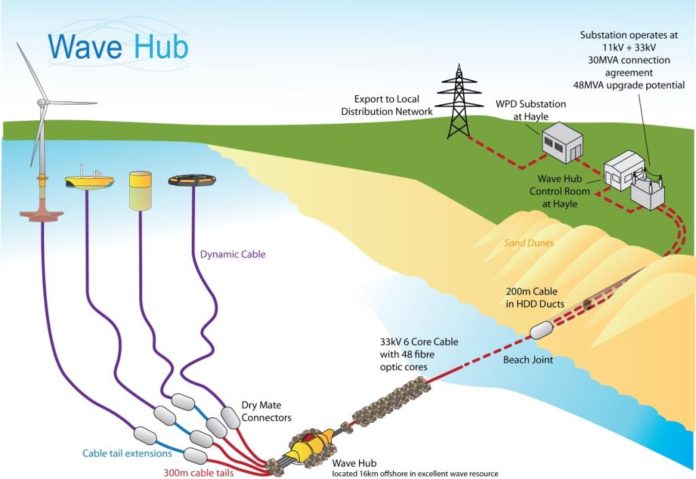 Finnish multi-national utilities firm, Fortum, has signed an agreement to secure a berth at Wave Hub, the offshore renewable energy test facility off the Hayle coast.

The leasing agreement gives Fortum the opportunity to deploy an array of advanced full scale wave power converters in real sea conditions at one of Wave Hub’s four berths.

Fortum is a leading energy company focusing on the Nordic countries, Russia and the Baltic Rim area, with annual sales of €6 billion and employing some 10,000 people. The company has been actively involved in wave energy development since 2007 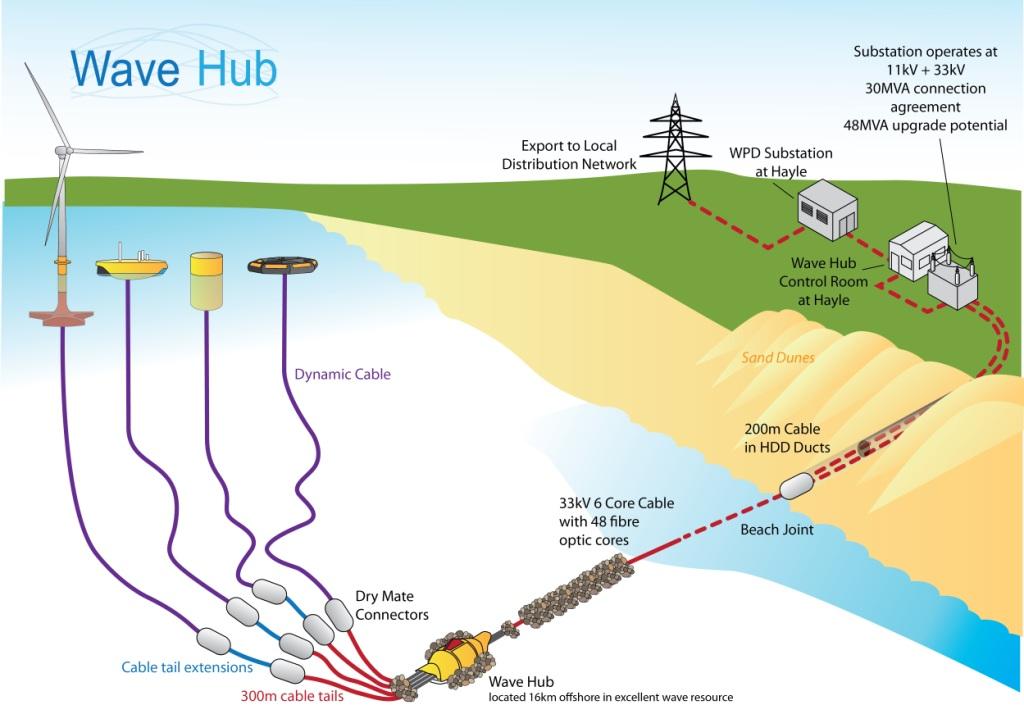 Heli Antila, chief technical officer at Fortum, said: “For Fortum it is important to be able to quickly move forward into actual full scale array testing of wave power converters once they have passed the first stages of evaluation.

“The Wave Hub facility offers a unique opportunity to do this. As the site is consented, constructed and grid connected this significantly reduces the time it takes to get devices into the water. This is as much as plug and play as it will get when it comes to power generation.”

Today’s announcement by Fortum follows the news in December that leading UK-based wave energy company Seatricity is to develop a 10MW array over the next two years at Wave Hub. Seatricity plans to deploy its second generation device at Wave Hub during 2014 before building out to a full scale grid-connected array in 2015.

Wave Hub managing director, Claire Gibson, said: “Wave Hub was designed to provide a crucial link in the development of wave device technology by offering the industry the opportunity for full scale array testing of devices.

“While much of the initial device design and development within the sector has been driven by individual developers, the direct involvement and investment by major utilities companies is likely to play a significant role in realising the potential of wave technology.

“We are therefore delighted to have one of Europe’s biggest utilities businesses taking a direct interest in the development of wave devices using Wave Hub’s facilities.”

Chris Pomfret, chairman of the Cornwall and Isles of Scilly Local Enterprise Partnership (LEP), said: “Marine renewable energy is a key focus for the LEP because of the global opportunity it presents for Cornwall and the Isles of Scilly. For Wave Hub to have attracted a customer of Fortum’s stature is testimony to the unique facilities on offer to the industry in our region and puts us at the forefront of wave energy array development in the world.”