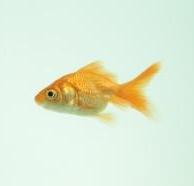 With the January 31 tax return deadline just around the corner, HM Revenue and Customs (HMRC) has revealed the ‘Top 10 oddest excuses’ for sending in a late return. The following bizarre, exotic and flimsy excuses have all been used by tardy taxpayers:

All of these people and businesses received a £100 penalty from HMRC for filing late. They appealed against the decision using these excuses, but were unsuccessful.

HMRC’s director general of personal tax, Ruth Owen, said: “There will always be unforeseen events that mean a taxpayer could not file their tax return on time. However, your pet goldfish passing away isn’t one of them.

“If you haven’t yet sent your 2012/13 tax return to HMRC, you need to do it online and pay the tax you owe by the end of January. With all the help and advice available, there’s no excuse not to.”