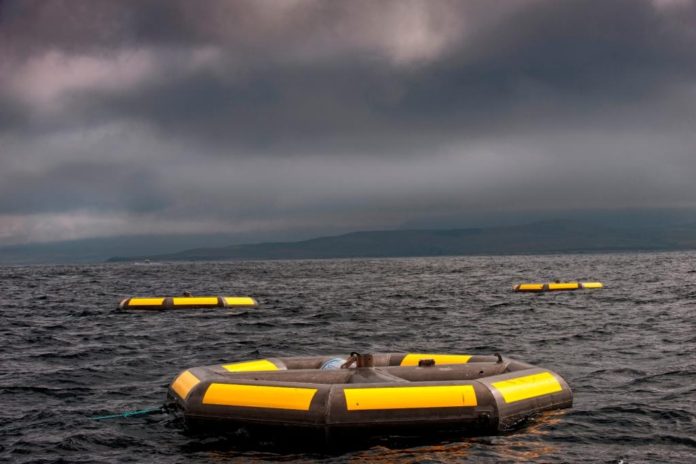 Wave energy company, Seatricity, is to develop a 10MW array over the next two years at Wave Hub, the offshore renewable energy test facility off the Hayle coast.

Seatricity plans to deploy its second generation device at Wave Hub next year before building out to a full scale grid-connected array in 2015.

Seatricity managing director, Peter Mitchell, said: “Our first generation Oceanus 1 device has undergone extensive and successful sea trials in Scotland and we are ready to make the next step to Wave Hub.

“The technology is scalable so once we complete our testing next year we hope to move quickly to a full array. Wave Hub gives us the essential grid capacity to do that and we look forward to working with the team in Hayle and the extensive local supply chain in Cornwall.”

Wave Hub MD, Claire Gibson, said: “Wave Hub was designed in response to industry demand for full scale array testing so we are delighted that Seatricity has recognised the advantage of demonstrating their technology at Wave Hub and signed a commitment agreement to take one of our four berths.

“We look forward to assisting them with their first deployment in the summer.”

Seatricity is intending to build its next generation Oceanus 2 device in Cornwall and use the local supply chain to support its marine operations. The company will also shortly be locating its custom-built workboat, Ocean Enterprise, in Hayle. 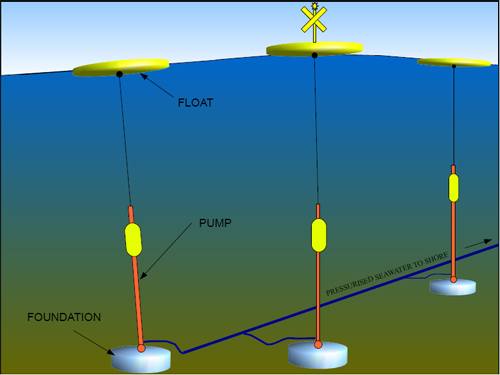 Seatricity’s patented Oceanus technology involves an aluminium float that travels up and down with the waves and operates a pump to pressurise sea water to drive a hydroelectric turbine to produce electricity. The floats are tethered to blocks on the seabed and the pumps are linked together to generate substantial amounts of highly pressurised water.

10MW of electricity generated from the waves off Hayle will be sufficient to power up to 10,000 homes.

Today’s announcement follows confirmation of the UK Government’s commitment to offshore renewables. Energy Secretary Ed Davey has confirmed that subsidy levels for wave energy will be unchanged from this summer’s draft proposals.

Chris Pomfret, chairman of the Cornwall and Isles of Scilly LEP, added: “If we want to transform our economy we have to take some risks and the Convergence investment in Wave Hub was a risk but it was clearly one worth taking because it is a project that is starting to come to fruition.

“We see expertise in marine energy as being an important part of the future economy in Cornwall and the Isles of Scilly and something that we can export around the world. The announcement from Seatricity is excellent news for the continued development of the sector and we look forward to welcoming them to Cornwall.”