Local craft cider maker, Cornish Orchards, has been sold to a London brewing and pubs group.

Fuller, Smith and Turner has acquired Duloe-based Cornish Orchards, in a deal said to be worth £3.8 million.

It will be Fuller’s first foray into the cider market and group MD, Simon Emeny, said: “We are delighted to have purchased Cornish Orchards, a company we admire. We have been brewing beer for over 160 years and, like Cornish Orchards, understand the importance of quality.”

And Emeny confirmed that the cider will continue to be produced in Cornwall. “Our commitment to Cornwall, Cornish products and Cornish jobs is paramount,” he said. “We will help the passionate team at Westnorth Manor Farm, Duloe grow production and sales of their wonderful Cornish products, helping to take them to new markets.”

Founder of Cornish Orchards, Andy Atkinson, will continue to run the business from Westnorth Manor Farm where the lease from the Duchy of Cornwall is planned to be extended.

He said “I have nurtured and grown this business since arriving in 1992 and see this as the next stage of growth for Cornish Orchards and a wonderful opportunity to share our award winning ciders and soft drinks with customers further afield.”

Fuller’s this week reported annual sales in the year to March 30, of £271.5 million.

Business Cornwall magazine out now in the iTunes app store

Boardmasters set for sell out 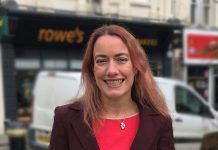