Kelemen, who has been closely involved in Cornwall’s economic progression since joining the Objective One Partnership Office in 2000, said: “This honour is both humbling and wonderful.

“I am immensely proud of the work of the European programmes across Cornwall and the Isles of Scilly, and the former role of the magnificent Partnership Office team.”

Elsewhere, David Williams, MD of local cinema group WTW cinemas, was given an MBE for services to local cinema. 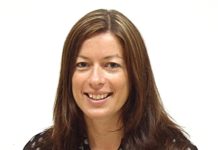