The Liberal Democrat MP has written to the Treasury to raise concerns about the proposal, and put his name to a Commons motion urging Government ministers to exempt the Cornish Pasty from any moves to charge Value Added Tax on hot takeaway food.

Speaking about the proposals, Rogerson said: “The Government are currently only consulting on the idea of whether to charge VAT on hot takeaway food, so this is by no means set in stone.

“The idea behind the proposal is to make sure that large supermarkets that keep takeaway food warm in cabinets would be subject to VAT in the same way that places such as fish and chip shops are.

“This would mean that smaller local businesses would be able to compete with large supermarkets that may be nearby. However, any proposals will need to make sure that there is not an inadvertent impact on the pasty industry here in Cornwall.

“One proposal that has been suggested is to exempt foods which have Protected Geographical Indication (PGI) status, which the Cornish Pasty does. This would mean that the pasty – which is a key part of our regional culture – can be protected.

“I have requested a meeting between ministers in the Treasury and the Cornish Pasty Association in order to discuss the government’s plans further and to ensure that there is no unintentional damage is to our local economy.”

Meanwhile, Prime Minister David Cameron defended the so called ‘pasty tax’, saying that it was the Government’s responsibility to see the VAT rules were “fairly applied” to everyone.

And he declared his love for Cornwall’s national dish. “I am a pasty eater myself,” he said. “I go to Cornwall on holiday, I love a hot pasty.

“I think the last one I bought was from the West Cornwall Pasty Company. I seem to remember I was in Leeds station at the time and the choice was whether to have one of their small ones or large ones, and I have a feeling I opted for the large one and very good it was too.” 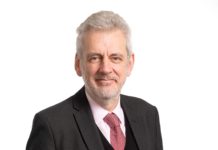 Can I get the VAT back?