A Mexican delegation visited Cornwall recently ahead of the opening of the world’s first pasty museum next year.

The esteemed establishment isn’t set to be based in the Duchy, however, but in the town of Real del Monte, Hidalgo State, Mexico.

It is perhaps a little known fact over here, but Mexico has something of a pasty heritage itself, with Real del Monte holding the world’s only International Pasty Festival for the third time in October this year, attracting an estimated 20,000 visitors.

The historical links between Cornwall and Real del Monte date back to 1824 when Cornish mineworkers first settled in the area and helped to rebuild the mining industry in Mexico following the War of Independence.

Today, Real del Monte is the home of pasty production in Mexico; the Mexican version of the product is called the paste and is made to a slightly modified recipe.

CPA chairman Mark Muncey said: “It is such a pleasure to meet the members of The Regulatory Council for the Cornish Heritage of Real del Monte and to discuss how our associations, based in very different regions of the world, operate and what we can learn from each other.

“It has been a very inspiring meeting and we hope we can join the International Pasty Festival next year.”

Soto added: “We would like to thank Cornwall for the hospitality they have offered us; it has been a fascinating experience to explore Cornwall and to see how pasties are produced in the home of the pasty. 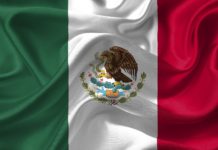 From Russia and Mexico with love