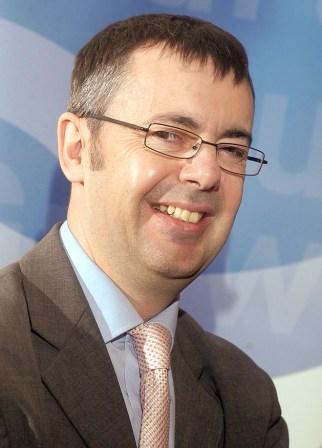 The phrase ‘Knowledge Economy’ is widely used to suggest a positive modern economy. But, asks Peninsula Enterprise CEO Adam Chambers, what does it really mean – and what potential is there for Cornwall to exploit the opportunities it provides?

A knowledge economy is one that no longer relies on basic manufacturing, physical capital and low-cost labour as the predominant pillars of its economic activity. Instead, it produces, uses, shares and deals in knowledge as the primary source of economic growth and wealth-creation. Critically, this results in the creation of high-value jobs that help to build regional prosperity.

The UK has been moving towards becoming a true knowledge economy over the last half century, as a country whose goods tend to be intangibles like research, financial services, culture and education.

More recently, the internet revolution has accelerated this process, enabling small and large knowledge businesses to trade globally from anywhere in the UK and, indeed, anywhere on the planet.

All this means that Cornwall has as much opportunity today to ride the knowledge train as anywhere else. Indeed, with its industrial heritage now long in the past, and with its worldrenowned environmental beauty, the county should be strongly placed as a magnet for the kind of creative, progressive businesses and people that drive the knowledge economy.

Clearly, it is home to many of such people and organisations, and I have regularly written about them in these pages. However, new research commissioned by Peninsula Enterprise from The Work Foundation London suggests that Cornwall and the Isles of Scilly are lagging behind the rest of the UK, both in the presence of knowledge-intensive industries and in the academic achievements of their young people at GCSE and A-level.

This is not to say that the county is facing unique or insuperable difficulties, and there are many areas of encouragement. These include a substantial rise in the proportion of people employed in knowledge industries in Cornwall (up to 43.1% from 40.6% in recent years), and the fact that 39.6% of employees work in highly skilled jobs as managers, professionals and associate professionals.

While both these figures are still below the national average, they do show that Cornwall has a strong pool of highly skilled individuals. The challenge facing us now is to create demand for these higher-level skills that develops and grows in the years to come.

The research shows a lack of opportunities for new graduates and other highly skilled individuals. This is a key issue that needs urgently to be addressed in the years to come – particularly if public spending cuts reduce the number of skilled jobs available in the publicly funded health and education sectors.

I for one, though, am confident that the future of Cornwall lies in the knowledge and skills of its people and its businesses, thanks in no small part to its excellent position to capitalise on the growth of the low-carbon economy and the creative industries.

More than that, the strength of the Cornish brand has long been a mainstay of our economy. Today, that brand is evolving as companies like Penryn’s Engineered Arts, which has sold its robots across the world to organisations including NASA, help give the county a global reputation for innovation and technological excellence.

So looking ahead, Cornwall’s business community needs to grasp such opportunities and work with the local authority to sell the county’s special strengths more powerfully than ever before. I believe that this is the key to unlocking the county’s latent potential – and it is exactly where the forthcoming Local Enterprise Partnership, which will see unprecedented levels of co-operation between the public and private sectors, should focus much of its attention.