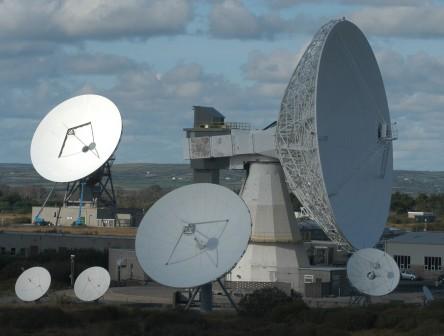 The iconic Goonhilly Satellite Earth Station on Cornwall’s Lizard peninsula could once again play a ‘starring’ role at the forefront of technology.

The former BT Satellite Earth Station is set to be upgraded and redeveloped by a consortium, Goonhilly Earth Station Limited (GES), for use at the forefront of world-leading radio astronomy projects and Deep Space Network communications.

There are also plans to redevelop the visitors centre into a new space-themed outreach centre.

The plan has been almost three years in the making and was the brainchild of Ian Jones, MD of the space sector company, Orbit Research Limited and now CEO of GES.

GES has worked closely with BT to develop the opportunity and a deal has been agreed, which includes GES taking a three-year lease on most Goonhilly antennas, including the four largest giant dishes, and an option to purchase the whole site for an undisclosed sum.

GES has advanced plans to upgrade the antennas to enable deep space communication with spacecraft missions. In addition, the GES partnership with Oxford University has enabled the scope of the project to include the delivery of ground breaking radio astronomy work focussed on the origins of the universe.

Jones commented: “Goonhilly is one of those amazing places that inspire people and has a pioneering heritage in international communications from the time when the first trans-Atlantic satellite TV broadcasts were made in the 1960s. Now we have plans to go one stage further and to use the antennas at Goonhilly to support space science missions to the Moon, Mars and beyond.

“We plan to link up with the e-MERLIN Network operated out of Jodrell Bank creating an enhanced radio telescope that will increase our understanding of the universe and act as a stepping stone to the development of the largest telescope ever to be built: The Square Kilometre Array.

“At a time of the biggest down-turn in the economy for a century, the space sector in the UK has continued to grow at over 9% per annum. Even so, it has been a long and difficult path for a small company to negotiate and to gain support for an ambitious project such as this.

“Today I feel very proud that our dedicated team has won the support of so many key partners, particularly Oxford University, QinetiQ, the UK Space Agency and the International Space Innovation Centre at Harwell, without whom this whole venture would not be possible.

“Goonhilly can become a vital part of the rapidly-evolving story of the UK’s space programme and an important source for skilled jobs in Cornwall. Space science is undoubtedly one of the technology sectors offering great opportunity for expansion in the years ahead.”

Antenna upgrade funding and funding for the outreach centre upgrades will be subject to support from both public and private sectors, but Jones is confident this can be achieved.

“There is already a great deal of interest in this project,” he said, “both nationally and internationally. The space sector is very vibrant and growing rapidly – and Goonhilly could be a vital part of that exciting expansion.”

BT’s south west regional director, Jon Reynolds, said: “The benefits offered by this innovative development are potentially enormous for Cornwall and the UK as a whole. Goonhilly has the opportunity to become a world-class example of space research and education.”

And local MP Andrew George added: “This is an exciting project. The effort to protect Goonhilly’s satellite dishes from the bulldozers will be more than repaid. The important Goonhilly arm of this global project will generate many new jobs and business opportunities in the area. It will place west Cornwall in an integral position in a project of global significance.

“However, there is still much more work to be done to bring this project online. Government support will be crucial. It already has the backing of the private sector, the UK Space Agency and Oxford University working alongside Manchester, Exeter and Leeds Universities.” 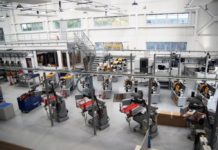