Renewed fears over domestic demand have dealt a blow to business confidence in the south west for the start of the New Year, according to the latest Business in Britain report from Lloyds TSB Commercial.

Firms across the region are concerned about their prospects for the coming months, and plan to freeze investment and raise prices, in the face of continuing economic uncertainty. Nevertheless most have kept their faith in export markets as a source of future growth.

The twice-yearly report, which canvasses the views of 159 south west firms, shows that business confidence has slipped back, driven by an increase in the number of firms concerned that sales and profits might fall this year.

The Business in Britain Confidence Index, which tracks firms’ views on sales, order books and profits for the next six months, has slipped to a balance of 3% – from 13% in the last survey. This balance is 19% below the national average of 22% over the survey’s 16-year history.

Paul Spencer, regional director for Lloyds TSB Commercial in the south and west, said: “Businesses across the south west have seen strong growth over the past six months, and they were rightly confident about their prospects for the final months of this year. But this sense of optimism is starting to give way once again to concerns about domestic demand.”

Over half of businesses in the south west (59%) say weaker home markets pose the greatest threat to their business over the coming six months.

These fears are reflected evenly across the British regions, but the Midlands and Scotland (63%) are most affected.

Despite businesses’ almost universal concerns about domestic demand, most are hopeful about the potential for overseas trade and are upbeat about their trading prospects for the year ahead. Over two fifths (41%) of south west companies believe they will grow exports in the first half of 2011, and believe their business activity will gain momentum this year.

In the face of these weakening prospects, the report says businesses across the region are toeing a cautious line in terms of investment and recruitment. Just 18% plan to boost investment over the coming six months, while almost a third (30%) expect to cut back. 43% plan to keep spending at current levels.

Equally, few firms plan to ramp up recruitment. 14% expect staff numbers to rise over the next six months, while over 22% anticipate a reduction.

Meanwhile, the combination of rising inflation and the prospect of higher interest rates is weighing on the minds of many south west businesses. The survey reports that 43% are more worried that they were six months ago about inflation, and over a fifth (23%) are braced for interest rates to go up in the next six months.

Faced with these concerns, and in an effort to keep profits stable, a quarter of businesses in the south west are planning to increase prices. 39% say that they plan to put up prices over the next six months and 43% plan to keep them at current levels. 14% plan to reduce prices through the year. 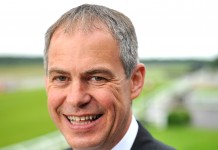 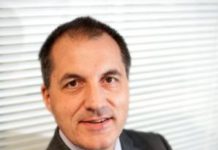 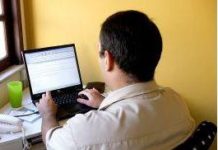 No substitute for hard work