What happens when a business gets itself into financial difficulty? Business Cornwall meets corporate recovery specialist Purnells, and discovers that there is help at hand

With the UK having suffered the biggest recession in recent memory, these have been challenging times for Cornwall’s business community.

According to the latest figures from Equifax, nationally some 600 businesses are still failing every single week, 39 in the south west.

Financial pressures on businesses have been like never before. But just exactly what happens when a business gets into financial difficulties? Is there hope beyond the bank manager?

While we regularly read press stories of companies going under, there are many, many more tales that never see the light of day, some with happy endings, others less so.

Thus, much of the work that Truro and Mullion-based corporate recovery specialist Purnells does go unseen and unheralded.

Purnells was established in 1988 by Ray Purnell, who, like many Insolvency Practitioners (IP), started life out as a Chartered Accountant, running a firm in South Wales with ten offices. Purnells expanded to Cornwall in 2003 and opened an office in Mullion that was later followed by a Truro office.

Prior to The Insolvency Act 1986, practically any accountant could carry out insolvency work, but since then the industry has become increasingly regulated and consequently specialised, requiring a licence to operate.

“It’s like all things,” says Purnell. “If you want to specialise, you have to go off in one direction. That means we have become useless at things we were reasonable at before, like tax and audit and so on. The knowledge that you had in those areas gradually evaporate.

“We seem to get several statutory instruments per year, changing the rules and regulations. It’s just one of those things. But it is a full time job keeping up with it all. We keep our own technical library as we stay right on top of all of the latest case law and regulation.”

To obtain an insolvency licence these days takes many years of study and experience. The majority of people that take insolvency exams are either qualified accountants or practising solicitors. The bar is set very high – the pass rate for the exams is just 34%!

It is not surprising to learn therefore, that Purnells is the only dedicated insolvency practice with three licensed insolvency practitioners permanently based and resident in Cornwall. The vast majority of work being referred to them from local accountancy and law firms.

“As we are purely deal with insolvency matters, we don’t have any recurring clients,” says Purnell. “We regard the referrers as the recurring client. If we can do a good job for their client, they’re more likely to refer to us again.”

Businesses do not tend to broadcast it when they get into trouble. Indeed, many struggle to admit it to themselves even, and often leave it too late before finally visiting an IP. Many company directors may talk to their accountants about their company difficulties, but even then can be remarkably economic with the truth when it comes to explaining the entire scenario regarding the need to draw substantial sums from the business to finance personal credit card debts, other personal liabilities, second mortgages etcetera.

Consequently, there is a temptation for many businesses to bury their heads in the sand.

And while Purnells’ managing director Chris Parkman reports that the stigma of insolvency is lifting to due to changes in the law designed to do just that of the increasing numbers of businesses who get into difficulty in the recession, the vast majority take too long in reacting.

“Their solicitors and accountants have often been advising them that there is an issue for months,” says Parkman. “But people are always proud of their business and put their heart and soul into keeping it going as long as possible – when an early restructuring would have made their task much easier.

“People tend to bury their heads in the sand and come to us late in the day, which is a shame as this can reduce the options available to them.”

Parkman says there can be a perception that a trip to the insolvency expert is a bit like a trip to the dentist – with an irrational fear of the worst. There is a natural temptation to expect a doomsday scenario when insolvency strikes. But more often than not, the reality is less painful than the imagined nightmare scenario.

“First off we try to get rid of the fear factor,” says Parkman. “We sit downwith them and complete and ‘enquiry pack’ to obtain all of the relevant financial information. We then discuss run all the possible options with them. Options can range from a number of different formal insolvency procedures, time to pay agreements with creditors, locating an investor and any other option the client could possibly think of.

“We run through pros and cons of each and every theoretical option. We do this as quite often our clients have heard of different insolvency procedures such as “Administration” but do not full know what that means nor when an Administration is appropriate. The theoretical options are then dismissed and we then home in on the practical options. We always leave it to the client to decide which option to follow is it is a personal decision for the client to make.”

Even if company directors have left it until the last possible moment – for example if bailiffs were to come knocking the following day – it is still possible to protect the company assets and the underlying business by placing it into Administration.

Parkman explains: “Administration is a tool often used to provide a breathing space from creditor action in order to determine the next step forward – it is quite often a stepping stone to another process.

“By having a breathing space it is possible to put forward a rescue plan in order to allow the business to continue to trade and protect the employee’s jobs. A rescue plan often comes by way of a Company Voluntary Arrangement (“CVA”) being proposed to the creditors.

CVAs are not usually advertised and in consequence the public often do not get to hear of one that might relate to a particular company.”

By contrast in dealing with personal financial difficulties the client’s main concern is always their home and there is a general misconception that on petitioning for their bankruptcy or by proposing an Individual Voluntary Arrangement (“IVA”) they will automatically lose their home.

Parkman advises: “There are legitimate ways to protect a client’s home prior to any bankruptcy. “If a Chartered Surveyor’s valuation of the home is obtained and an up to date mortgage statement is to hand it may be determined that there is say £20k of equity in the home. If the property is held in the joint names of the client and their spouse, then the client’s half share of the equity is £10k.

“The client is happy as the home is fully protected. The creditors are as happy as they can be as they recognise that the equity in the property has been realised quickly at minimal cost. By contrast it could take several years for a trustee in bankruptcy to realise that equity if a Court Order for possession and sale was required.”

Cases come into Purnells’ Mullion head office in many shapes and sizes. Parkman recalls: “We had a case referred to us a few weeks ago where a company had already been placed in liquidation and the petitioning creditor wanted the company’s affairs and the actions of the directors thoroughly investigated.

As we creep out of recession, business confidence appears to be slowly returning. But Parkman sounds a note of caution. “Strangely enough,” he says, “what tends to happen is that there’s always an upsurge in insolvency when the economists say we’re coming out of recession.

“For instance, there are many people and businesses who have mortgaged themselves to the hilt or increased their overdraft limited in order to finance their businesses and are only now surviving because interest rates are so low.

“However as interest rates cannot remain at the current level indefinitely, they can only increase, the only question is when! When those interest rates increase there will be many people and businesses who will be unable to cope and will need to take insolvency advice.”

They would be far better served to take that advice now so that they know all the options. First meetings with Purnells are free of any charge. 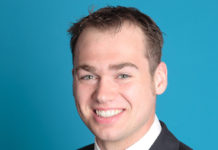