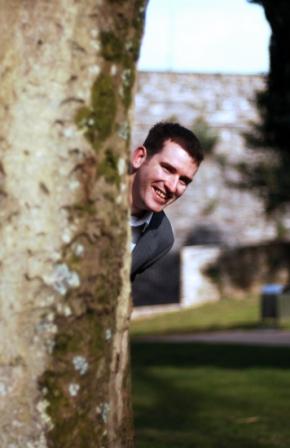 What did you want to be when you were young? Taller.

What was your first full time job? Graduate for Marks & Spencer.

What is your best quality? I am willing to give people a chance.

What is your worst quality? Impatience of illogical people.

What is your favourite book? Shantaram by Gregory David Roberts – an amazing tale which might even be true!

What is your favourite film? 1 Most James Bonds; 2 Monty Python Life of Brian.

What is your favourite restaurant? The School House in Pentewan.

If you could build a house anywhere in the world where would it be? Kaikoura – New Zealand (fantastic views and a fish and chip shop with deep-fried Mars bars!)

If you could be a superhero, what superpowers would you like to possess? Ability to wear underpants on the outside is surely a winner?

Who was your teenage pin up? A Lamborghini Countach…

Can money buy happiness? Probably not.

Most annoying TV personality? The Pontipines.

What do you begrudge spending money on? Parking – particularly in Truro on a Sunday!

If you only had £1 left in the entire world, what would you spend it on? Put it on black.

What is the most valuable lesson you have learned in life? Integrity is all.

What makes you happy? My kids, travelling, Skinner’s Lager.

What makes you angry? Government and taxman inefficiency and bullies.

If you could invite any two people for dinner, who would they be and why would you invite them? Gordon Ramsay (cooking, amusement, conversation) and Barenaked Ladies (the best live band ever for after dinner entertainment).

What could you not live without? Oxygen.

What’s the greatest invention ever? I’m torn between mashed potato and the toilet.

What’s your favourite holiday destination? New Zealand or New York… anything that’s “New” it would seem.

When is honesty not always the best policy? When isn’t it?

If you could be God for a day, what miracle would you perform? Stop all of the moaners talking…

What was your biggest mistake in life? Jumping out of a plane…

What was your luckiest break? When the parachute opened…

What would you like to be doing in five years time? Part-time world domination. 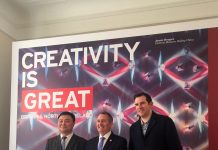 Historic deal for Eden in China 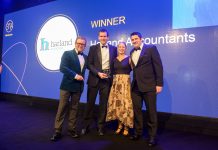