The UK’s potential as a world leader in renewable energy has been highlighted by business leaders as a driving factor in providing the country with a successful economy for the future.

A new survey, commissioned by InvestinCornwall, the county’s newly launched inward investment service, shows UK business leaders believe the success of Britain’s growing renewable energy sector is more important than both the financial and retail sectors for the UK’s long-term economic success. However, concerns over costs and political commitment to the sector need to be addressed.

Commenting on the findings, Lucy Hunt, manager for InvestinCornwall, said: “Despite rapid growth the renewable sector has stood in the shadow of other industries for many years. But this report marks a major change in attitudes to the sector and demonstrates its importance.

“The UK’s natural resources, heritage, and skills base make it ideal for renewable energy businesses, particularly rural locations such as Cornwall which is now home to some of the world’s leading green energy firms.”

That sentiment was echoed by a third (34%) of the business leaders surveyed who also said they thought Britain has a significant role to play in the development of a global low carbon economy and has the potential to lead on this contemporary issue. However, to achieve this, the majority of respondents (67%) called on the new Government to increase investment levels in renewable energy.

As well as surveying business leaders, InvestinCornwall also conducted a snapshot survey of venture capitalists, bankers and other investors working in the renewable energy sector. The results showed that more than two-thirds (69%) expected investment levels in the sector to increase a little or substantially over the coming six months, while only 13% anticipate a fall in investment.

Business support for renewable energy appears to be more than just talk. Almost half (48%) use, or are considering using, one or more forms of renewable energy, with 22% of respondents favouring solar power. In addition, 50% use, or plan to use, energy efficiency measures to reduce their reliance on traditional power sources.

The biggest perceived barrier preventing more organisations using renewable energy to generate power is a financial one, with 76% of respondents highlighting cost as the main issue. 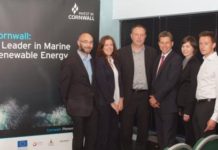 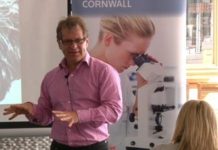