Rogerson has been a strong campaigner against the spread of second homes since he was elected in 2005.

He presented a Bill to Parliament, which would allow councils to control the number of second homes in their area. He claimed second homes had inflated house prices, and put local services like village schools and post offices at risk. Public sector workers, like retained fire fighters, had been forced to move away from their families.

Commenting afterwards, Rogerson said: “The Government has sat idly by while this problem gets worse and more and more of our communities are left increasingly deserted for much of the year.

“Indeed their response to the Living Working Countryside report suggests they don’t even think second homes are a real problem. They should come and visit some of our villages.

“My Bill would start to tackle this issue, in just the way that the Government’s own commissions have recommended.” 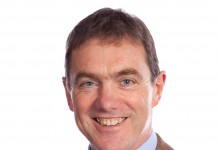