The chairman of a Cornish surfboat group has praised the involvement of its sponsor after the men’s team was crowned European Champions.

And the club’s chairman, Phil Martin, believes the support of Wadebridge-based Cascade Springs Water Company over the course of the season has helped spur the crews on to success.

“Cascade’s involvement has been vital in our success this season,” said Martin.

“As well as the financial support which allows us to compete all over the UK, Cascade also supplied us with some much needed kit.

“We badly needed new kit and it does make a real difference as it gives everyone a sense of pride and togetherness, which I think has showed in our results over the season.”

As well as supplying the kit Cascade supplied the crews with water and had its ‘H2O on the Go’ strapline and logo emblazoned across the crew’s boats.

Cascade Springs managing director, William Hiley, said: “We’re really proud to be a part of Bude’s success this season. For the men’s team to be crowned European Champions is fantastic.

“I think it’s extremely important that businesses get involved and put something back into their local community, as we do.

“Not every team or group is going to be as successful as Bude, but they do all offer something for their members and community as a whole which is vital.” 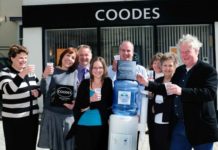 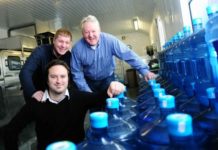