Watching the local news while patiently waiting for that Question Time to begin last night, I couldn’t believe my ears at the ‘bat bridges’ story.

For those of you who might have missed it, two bridges were built over the new Dobwalls bypass at a none-too inconsiderable cost of £300k of public money, to provide safe navigation for bats who might have become confused after the hedges had been removed.

Apparently, however, just 11-17 bats actually use the bridge each day, which works out at about £27k per bat.

In these recessionary times, with people losing their jobs, and businesses going under, surely this is some kind of sick joke?

Now, I’m not blaming The Highways Agency for this madness, it was legally bound to protect these so-called endangered species.

And I’m not being anti-bat, but surely there has to be some common sense here. Personally, I’m sceptical over just how endangered bats are anyway. There’s hundreds of the little blighters where I live, and I’m regularly having to open the door or window (politely and non-aggressively you understand), to let the little chaps out of my house.

With the ‘mother of all spending cuts’ set to hit the public sector soon, let’s hope there’s no more similarly batty scenarios. 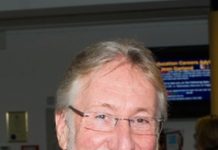 Sam’s the man for Charteroak 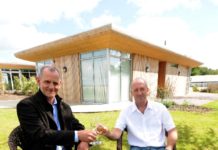