The worse thing about going on holiday is coming back. In the first week you’re back, you just play catch up, chasing your tail, and end up feeling you need a holiday again.

Email is a fantastic thing, and I can’t imagine life without it now. But after two weeks away, you do tend to have a mountain to go through. Back in the dark and distant days when it was just postman Pat, the amount of letters awaiting your arrival was always manageable.

But I guess when you had to pay for the price of the stamp, people were more select about what they sent. Now, of course, there is the scatter gun approach to emails – probably has no relevance to whatsoever, but I thought I’d send you this email anyway.

And I’m not even talking about the junk mail. Who are these people sending out the junk that clutter mail boxes? In these recessionary times, it clearly is a growth industry. And what did they do before the advent of email?

One of my favourite stories of the week centres around this experiment in South Africa, where it was shown that pigeon post is quicker than email. A Durban-based IT company pitted a feathered friend carrying a 4GB memory stick up against the broadband service of the country’s biggest internet firm. The pigeon took two hours to carry the data 60 miles, during which time the ADSL had sent just 4% of the data.

I bet that pigeon would give us a good race here in Cornwall, as well, although I have it on good authority that speeds in Cornwall are set to drastically improve. I’m told that, not in the too far distant future, Cornwall could have some of fastest speeds in the country. Expect an announcement at the end of the year.

Meanwhile, I love Cornish Pasties, and the Duchy’s bakers have featured in the news this week. Leading the way has been WC Rowe MD Alan Pearce, who was crowned Baker of the Year at the annual Baking Industry Awards in London.

Also this week, another favourite pasty producer, Warrens, officially opened up a new cupcake cafe in Penzance – Sprinkles – just in time for National Cupcake Week, which apparently gets underway on Monday.

Now call me unenlightened, but I was not even sure what a cupcake was, let alone the concept and existence of cupcake cafes. And to discover there was National Cupcake Week as well, has left me thinking where have I been all this time? What else have I been missing out on?

Next thing you’re going to tell me is there such a thing as an internet cafe, where you can connect to superfast broadband. Ha! Ha! Ha! 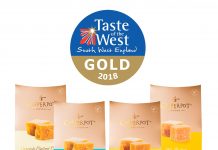 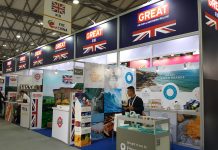 Taking Cornwall to the world