The company has seen its annual turnover jump to over £15 million – an increase of 30% on last year.

Crantock Bakery’s chairman and managing director Nick Ringer, said: “There’s a lot of talk of looking for the ‘green shoots’ of economic recovery, but we’re having our best year ever. We’ve never been busier.”

Crantock’s turnover has more than quadrupled since the business was bought by the management team in 2002 for £6 million. Over the same period the company has taken on over 70 new full time employees, swelling the current staff numbers to 150.

The company has implemented an ambitious growth plan which sees the bakery expanding into new markets as well as building on its historic core business of supplying Cornish pasties and other products for in-store baking by independent pasty shops and bakeries.

A £2 million investment in production machinery and freezer storage was completed in 2007, giving the bakery the capacity to produce up to 150,000 pasties a day, while its £100k computerised sausage roll machine can produce just under one mile of sausage rolls every hour.

Sign up to the latest Cornish business news by email 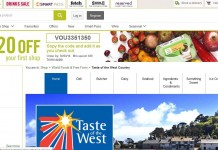 Taste of the West on Ocado 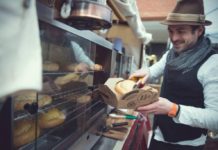 The Great Sausage Roll Off