Local MP, Andrew George, has called upon aspiring Cornish politicians to come together for the good of a more powerful new authority.

Today, St Piran’s Day, the MP for St Ives and the Isles of Scilly has issued an essay – Cornwall: A New Beginning – in which he urges all candidates and parties to put aside past disagreements and work for the creation of a new and more powerful Cornish Assembly – to build up the new Cornish Unitary Council.

He writes: “In three months from today we will discover if Cornwall has the ability to become stronger.  A place with ambition.  A place which can shape its own future, rather than to be shaped by Central Government and fortunes beyond its control.

“The seven councils which have run local government services for the past 35 years will become one.  Originally there were two bids to create a Unitary Authority – one from Cornwall County Council and another from four districts (including Penwith and Kerrier).

“Whether we like it or not (and I voted against it) the Unitary will come into being in April and will elect its first 123 members on 4th June.

“This could either be an opportunity for Cornwall to come together to demonstrate its ambition and determination to shape its own future, to create a better community, economy and environment or nose dive into recrimination, blame and petty point scoring.  Judging by the balance of publicly reported comment, it appears more likely to be the latter than the former.  But there’s still time to turn things around.

“It’s time for Cornwall not just to be proud, but to be ambitious.  We are an outstanding region within the UK so let’s be outstanding in our political ambitions which should be shared across the political spectrum in Cornwall. 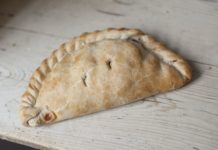 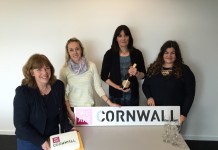 We are Cornwall is 1 today!