Cornish Facebook users are being warned not to open suspicious links in their Facebook accounts after a Trojan virus made its way through the profiles of hundreds of users in the county.

Web development company, UKNetWeb, which advises businesses on their use of Social Media, has issued the warning after noticing a number of local business people had fallen victim to the virus which spreads itself through messages sent to each member of a their friend list.

The title of the dodgy message varies with messages such as “Maan,yyou’re great!” and “your ass looks not bad in this video” forming part of the message body or Facebook wall posting.

Anyone receiving messages of this kind should not press the link under any circumstances and should delete the message from their inbox or wall immediately.

Once clicked, these links forward you to a site which hunts for a file on your PC referred to as a cookie and prompts the user to update their video or flash software. Once accepted the Trojan virus proceeds to lock the user out of their account and messages each of the friends on their friend list with a similar message, further spreading the virus.

UKNetWeb Managing Director, Toby Parkins says, “Issues of this kind are not uncommon; however, they can be extremely disruptive and annoying to the individuals involved.”

“It is always best to exercise caution and where suspicious do not take any chances. You should ensure that your computer has the latest anti-virus and anti-phishing software installed and run on a daily basis”. He continued.

Facebook has now taken steps to deactivate malicious links in messages through the network; however, it is still possible that some may get through. Anyone worried about their security should seek the advice of their web developer or IT specialist. 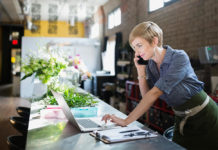