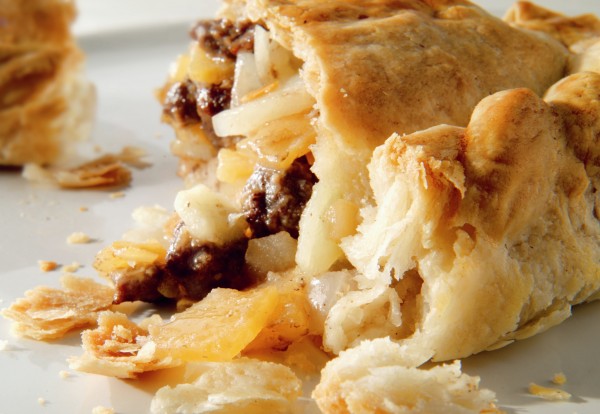 Cornish bakery Rowe’s has begun supplying major supermarkets throughout the region with a first of its kind hand-crimped frozen pasty. The new Rowe’s-branded product, which launched in 36 Sainsbury’s and 25 Morrison’s stores across the south west in October 2008 is the first individually hand-crimped frozen pasty anywhere on the market for customers to bake at home.

Rowe’s already supply products such as sausage rolls and savoury slices into the frozen categories of several supermarket chains, but the hand-crimped frozen pasty marks a new concept that combines Rowe’s reputation for traditional craft baking with the consumer need for convenience food. Available in packs of 2 and priced at £2.49, the pasty has been launched in both Morrison’s and Sainsbury’s with a traditional steak flavour In addition, Sainsbury’s stock a chicken and vegetable variety whilst Morrison’s also list D-shaped frozen pasties in chicken and vegetable and cheese and onion.

Statistics from TNS Worldpanel on behalf of the British Frozen Food Federation show that the frozen food market has risen by 5% year on year to September 2008. An area showing particularly strong growth is frozen savoury food (including savoury baked goods), sales of which have risen by 6.8%.

“The traditionally underperforming frozen bake-off market is now experiencing somewhat of a resurgence,” explained Paul Pearce, Marketing Manager at Rowe’s. “Consumers’ buying habits, especially in recent months, are reflecting the fact that people are treating themselves at home more and eating out less due to the ‘credit crunch’. We’re anticipating that this growth market means we’ll be increasing our pasty production by 5,000 a week, which is a challenge that reflects our aim to continue to grow the Rowe’s business. Rowe’s reputation is for premium products that use local ingredients and are crafted using traditional methods – our team of skilled bakers currently produce 50,000 pasties per day with each of our bakers hand-crimping three pasties per minute. We’re delighted to be first to market with a product that reflects these company values whilst giving the consumer a convenient take-home product that can be transferred from the freezer at the supermarket to the freezer at home.” 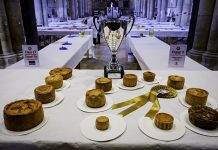