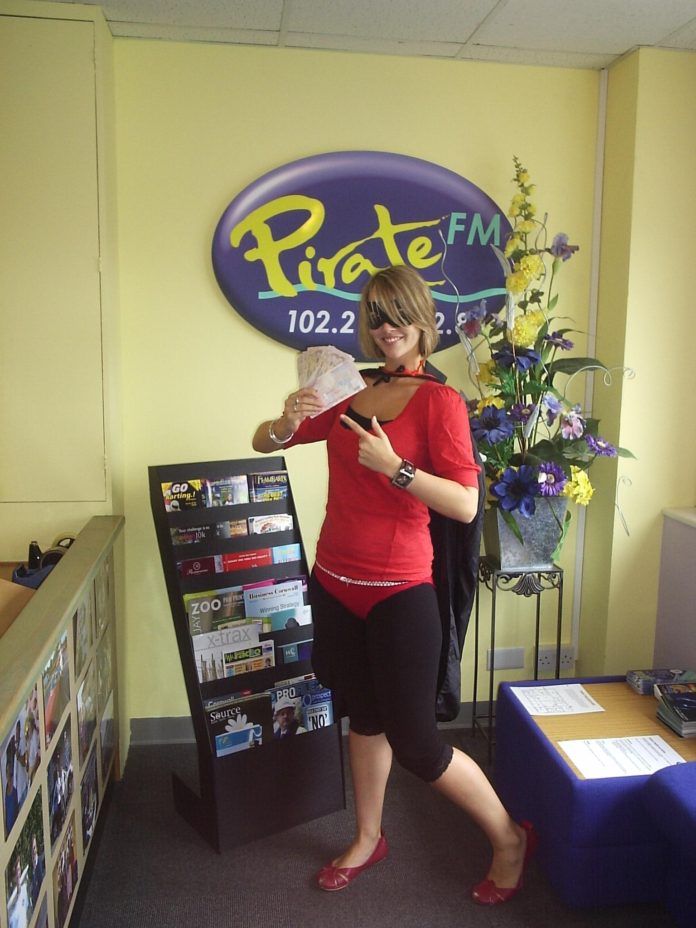 There has been strange goings on at petrol stations across the county in recent weeks, giving Cornish motorists a pleasant surprise!

A caped crusader was reported to be descending on customers and picking up their fuel bills, then disappearing into the distance without any form of explanation.

The girl, sporting a black mask, hat, cape and leggings with red pants on the outside was said to be in her early twenties, pretty and very friendly. She merely approached drivers telling them that she would like to buy their fuel for them, purely because she wanted to help motorists faced with soaring fuel costs.

The story made local and national news and her photographs even made front page headlines.

As speculation grew as to the identity of the Fuel Phantom and the motives behind her good deeds various media outlets appealed for anyone who knew anything to come forward, so Pirate FM has decided to come clean and admit she works for them!

The Fuel Phantom is in fact 22 year old Sam Williams, who was hired by the Cornish radio station to commit these random acts of kindness purely to ease the pressure on members of the general public struggling to cope with the recent fuel price hikes.

The station’s Managing Director Beverley Warne said, “We thought it would be a fun way of helping the people of Cornwall beat the credit crunch! Not only by helping those individual motorists but by providing an upbeat positive bit of news amidst the doom and gloom!”

Following the unmasking of the high octane heroine the generosity continued. Pirate FM embarked on a campaign to pay more bills for listeners by giving them the chance to call in and win £100 worth of fuel when they heard certain ‘Big Driving Trigger Tracks’ every day for the rest of the week!