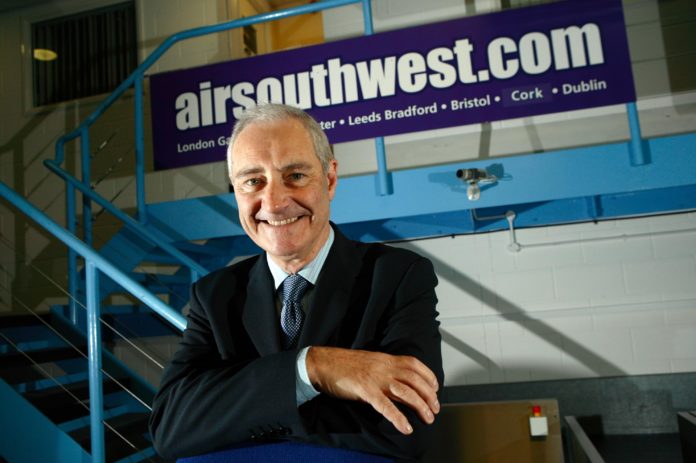 Tributes have been paid to Jim Cameron, chief executive of Air Southwest, who died in hospital in Glasgow on Saturday (August 23) after a period of illness.

Jim leaves a wife, Jane, a daughter and two sons.

Jim joined Plymouth-based Air Southwest in April 2007 from BA franchise Loganair, where he had been managing director for five years. He was no stranger to Plymouth having been commercial manager for Brymon Airways in the late 1990s during a career with BA which spanned 30 years.

Nigel Godefroy, chief executive of the Sutton Harbour Group, which owns and operates Air Southwest, said: “I only knew Jim for the time he worked with us but found him to be a man of utmost integrity and honour, which is rare these days.

“He was a lovely person who led the airline in a calm, unassuming and considered way. I know Jim thoroughly enjoyed the job, the company and in particular the people he worked with. He will be sorely missed and our thoughts and best wishes are with his family at this difficult time.”