Business leaders in the South West are becoming increasingly concerned about the ability of the road and motorway network to cope with the demands of the region.

While air services remain top of the popularity stakes, dissatisfaction with train services continues to remain relatively high. Meanwhile there is a significant fall in the numbers that consider our roads and motorways to be of an adequate standard, and a major increase in those who think they are getting worse.

These are among the findings of the annual traffic and transport survey carried out by leading business advisory firm Deloitte.

The research also reveals continuing support for an inner city rapid transit or light rail system, some guarded enthusiasm for congestion charging, and a continuing decline in the use of company cars.

Denis Woulfe, Senior Practice Partner at Deloitte in Bristol, said the results illustrated the depth of concern in the business community about the quality of the road and motorway network.

“In the Bristol area in particular, the survey once again highlights the level of support for some kind of light rail rapid transport system to solve the city’s congestion problems,” he commented.

More than 60 per cent of companies in the survey believe the South West’s roads and motorways are deteriorating, compared to 42 per cent who held that view last year.

Fewer than a quarter of companies now rate them as good – down from 41 per cent last time, while 28 per cent think they are less than adequate,
7 per cent regard them as poor and 3 per cent label them “dreadful.”

“An AA survey recently named Bristol as having the slowest average daytime traffic speed of any major UK city including London, at less than 17 mph, and our panellists are clearly as eager to see a solution as anyone,”

The latest Deloitte survey failed to reveal any dramatic change in the attitudes of business towards the South West’s rail services.

No respondents thought the service was excellent, only 7 per cent thought them to be good and just over 40 per cent – about the same as last year – said they were adequate.

But there was marked fall from 42 per cent to 17 per cent in the number of those who believe rail services to be deteriorating, with 70 per cent seeing no noticeable change.

The vast majority of survey respondents (85 per cent) felt the status quo had been maintained in terms of standards of bus services, 8 per cent saw improvements and the percentage who thought there had been a deterioration, fell from 31 to 8 per cent. A total of 81 per cent said they believed inter-city coach services were either “good” or “adequate.”

A high level of satisfaction with the South West’s air links was reported again this year with 7 per cent classing them as “excellent”, 50 per cent as “good” and 36 per cent as “adequate.” Almost half of the respondents also said air links were continuing to improve.

Although none of the survey respondents view road charging schemes as an “excellent” proposition, some 14 per cent consider them a good idea as long as the revenue raised was re-invested into public transport.

Meanwhile almost a third – 31 per cent – believe that such schemes need to be more extensively tested before they can pass proper judgement.

Another 20 per cent of companies have looked again at their transport practices over the last year as a result of rapidly rising fuel prices and increasing pressure to “go green.”

Increased use of car sharing among staff has been reported by 11 per cent and 18 per cent have introduced fuel-efficient company cars. But there are falls in the levels of encouragement for staff to work from home or to walk or cycle to work.

“This may be because many companies have already taken this type of action,” said Denis Woulfe. “These measures are certainly beneficial to everyone concerned.”

Fewer firms are providing company cars with less than 20 per cent now exercising the option. Only 7 per cent have increased the use of company cars, 17 per cent operate fewer than they did five years ago, and 14 per cent remain at around the same level.

And while half of companies saw a company car as a “perk” 12 months ago, only 11 per cent now hold that view. Almost one-third believe company cars are set to become a thing of the past.

The introduction of an urban rapid transport system such as the so-called Bristol “super tram” has again received 100 per cent backing as a favoured solution to congestion in the latest Deloitte survey, while 86 per cent think that improving the comfort, cleanliness and reliability of buses and trains would make a significant difference.

There was also a rise in the number of respondents calling for more “joined-up thinking” between the train and bus operators, up from 75 per cent to 92 per cent.

Some 45 per cent of businesses in the survey believe it is primarily down to the Government to solve the region’s traffic and transport problems. Over a third – 34 per cent – put the emphasis on local authorities while the remainder highlight the bus and train companies.

Meanwhile, handing powers to oversee transport and planning to the South West Regional Assembly has not helped the situation, according to 86 per cent, only a slight drop from 90 per cent last year.

“The business community upon which the region so heavily depends, has again voiced its concerns over our transport problems,” said Denis Woulfe.

“No-one suggests there is an easy answer but once again our survey has highlighted the need for a co-ordinated, long-term strategy to deal with the situation.” 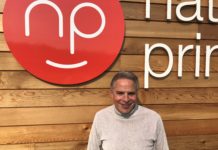