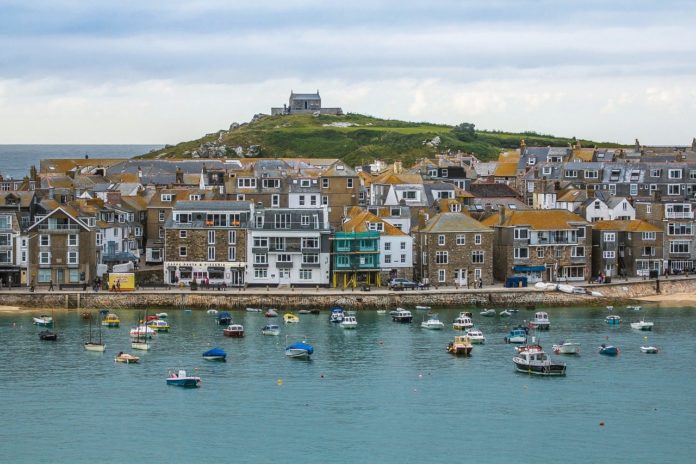 While this beautiful county may be well-known for its beaches and stunning scenery, Cornwall’s business prowess is also a significant feature. Full of entrepreneurs paving the way in a wide variety of industries, many of these are women who are succeeding in sectors still rife with prejudice and discrimination. How are female businesswomen showing that entrepreneurial spirit that helps make Cornwall a place where business thrives?

When looking at the most successful female Cornish entrepreneurs, it’s important to consider those who have helped put Cornwall on the map and tapped into their roots with their success. This is true of sisters Lucy Jones and Tor Amran who developed the Cornish Foodbox Company in 2010. Their aim was to make Cornish food and drink more accessible. Fully seasonal, the company now has 10 employees and stocks more than 100 products to showcase Cornwall’s produce. It’s important to state that Cornish produce extends beyond the Cornish pasty and helps support local farmers and producers.

All set up and ready for ‘hamper’ action at the @cornwallchamber Business Fair at Ben Ainslie Centre in Truro tomorrow! #cornwallbusinessfair #cornwall #cornishbusiness #hampers pic.twitter.com/0jS3kMszng

Similarly, Katy Barnes saw Cornwall was neglected in the live music world and sought to change this. In 2004 she set up SW1 Productions to bring more live artistry to Cornwall and has helped populate many of the hit acts that have appeared in the region. Katy is credited with the run of successful events in Cornwall since the closure of the Coliseum.

The Cornish Law Society was previously headed by Lucy Theobald, a family solicitor with Coodes, which put a spotlight on women in law practice and a growing movement for more female representation. Part of the reason for the growing presence of women in the law sector is down to how the industry is better represented in general. Rather than being dominated by a few large firms, independent companies have been able to find success nationwide. This means that the professionals working for the firm are more representative of their clients.

For example, McGinley Solicitors have turned their expertise towards one of the most in-demand services required of law professionals – assessing road traffic accident claims. Each case is different, so a specialist in the field might be more preferable for claimants who want to feel they are in the best hands. Some people may prefer smaller firms as they feel they feel they would be able to deliver a more personalised experience, whereas larger firms may cause clients to feel swallowed up.

Business Spirit Outside of Business

The entrepreneurial spirit can still be seen in the public sector. When Kate Kennally was appointed CEO of Cornwall Council in 2016, she showed she was determined to make Cornwall work for its denizens. Elsewhere, Professor Anne Carlisle (made OBE in 2018) stewarded University College Falmouth towards full university status in 2012, three years after she was appointed CEO and Vice-Chancellor. The University now contributes £60 million to the Cornish economy. While her initial role may have been less business orientated, the results would make even Lord Sugar proud. By changing the focus for both the council and university, business savvy was employed to result in success in each field.

We’re thrilled and very proud that our Vice-Chancellor, Professor Anne Carlisle, has been awarded an OBE in the Queen’s New Year Honours list for her services to Higher Education in Cornwall. pic.twitter.com/XeIdrtYMSj

Women in Cornwall have been pioneering in business and all things entrepreneurial for decades. Whether this involves founding businesses that celebrate Cornwall itself or simply succeeding in fields that might be stacked against them. The sheer talent of Cornish businesswomen shows the strength of the region.