This week’s episode of Angeles Talking features Fraser Doherty, the founder of the jam maker SuperJam and the co-founder of Beer 52, a club and a magazine dedicated to craft beers.

If you’ve ever wanted to know the secret of starting your own business, then look no further…you’ve found it right here. At the ripe age of 28, Fraser has spent half his life as an entrepreneur and even written a book called ’48 hour Start-Up’. His approach is not a glib, salesy “the skies the limit”, but rather the down to earth “if there’s a mountain, pull on your climbing boots”; a common trait of successful start-ups.

‘Angels Talking’ is brought to you by orlandokimber.com

Start-ups to Pitch in the Pad 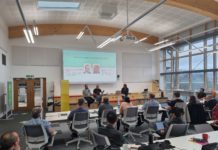