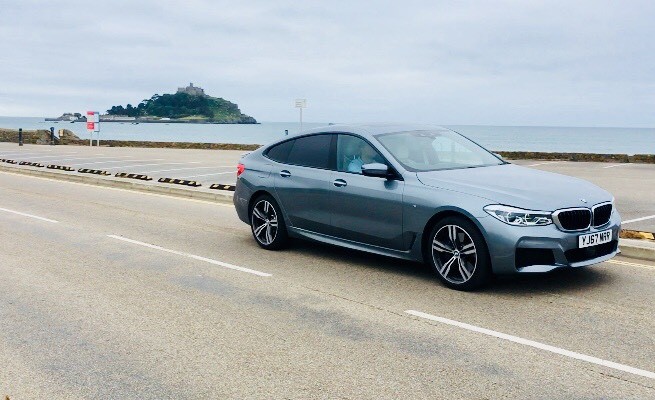 Whilst in places like London and the Home Counties (and parts of Cornwall) vehicles like this are more common, in Cornwall they are generally far scarcer – therefore the GT stands-out down here and it feels special. You do pay for it thou gh – The demonstrator
I tested was spec’d up to about £70k’s worth – that’s not far off Range Rover territory.

However, in a world where rarely do we part with such a capital sum I was very surprised to hear that you can contract hire a 6 Series GT from only £400 + VAT per month. That’s the figure which is relevant here and, on that basis, it is accessible to businesses looking for luxury.

I see this as a bit of a hybrid between an X6 and a 5-series. Not as tall and off-roadie as the X6 but more jacked-up and bigger than a 5 series. The drive and capabilities reflect this too – a tall enough vantage point to browse over the top of Cornish hedges but still low enough to handle sharply without feeling top heavy and boat-like.

It is an absolute delight to sit in, this is the best part for me: (bring out the superlatives) Perfect driving position; superb user-friendly layout; super-comfortable, and highly spacious. Inside it certainly feels worth the money – such a refined lovely vehicle to cruise around in.

Goodies include ‘Integral Active Steering’ which is actually very useful and will for example
vibrate (with varying levels of aggression) if you cross lanes unknowingly. The Intelligent Voice Control System worked well for me too. Similar technology from other manufacturers that I’ve tested have been a total waste of time. The performance, whilst largely superfluous on Cornish roads, adds to the refinement because of the way it effortlessly wafts it along, yet can still put a smile on your face. The economy is better than I expected, probably because the 335 horses have little work to do along with BMWs efficient dynamics.

One point that cannot be ignored is the way it looks – seems divisive. What makes it look stand-out is the coupe-style roofline and frameless doors. Otherwise I did find the ‘liftback’ hatchback rear awkwardly proportioned however after spending some time with it I have grown to like it because it’s unique in a world where there’s many ‘samey’
cars.

Of course competition is tough in this price bracket and you’d expect a lot of the positives I’ve mentioned. In my opinion this confident and striking BMW does stand-up to competition well and particularly has a lot of driver appeal, together with some particularly
encouraging contract hire rates, making it a more than worthy player in the class. 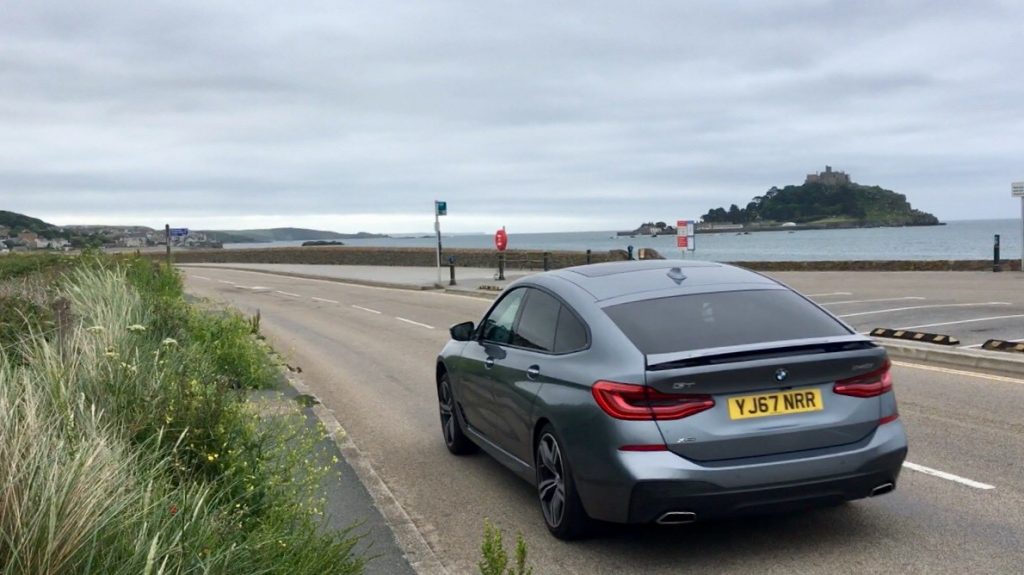 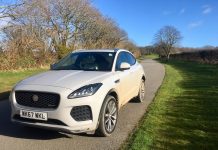