Some things you may not have known about Setfords senior consultant solicitor, Verona Cocks

WHAT DID YOU WANT TO BE WHEN YOU WERE YOUNG?

WHAT WAS YOUR FIRST FULL TIME JOB?

Working as a legal assistant for Martin & Woodard PLC, Attorneys at Law, in Virginia in the USA, on a year’s internship.

WHAT’S IN YOUR POCKETS?

WHAT HAS BEEN THE BEST MOMENT IN YOUR CAREER?

When I was made the 100th partner and head of commercial dispute resolution and insolvency in the Midlands offices of what was then a top 60 national firm, having built the department from scratch with very little support, to a department with a £3/4 of a million turnover.

WHAT HAS BEEN THE WORST MOMENT IN YOUR CAREER?

When I was quite junior, I went with my boss to a mediation in London and I got the time of the last train back to Birmingham wrong, necessitating everyone leaving abruptly to rush for the train, when settlement was imminent. This was an issue as our client had restricted use of one of his legs so running for a train was not easy. Once on the train it became obvious that there was a later one we could have caught.

IF YOU COULD INVITE ANY TWO PEOPLE FOR DINNER, WHO WOULD THEY BE AND WHY WOULD YOU INVITE THEM?

David Bowie, because not only could he provide the entertainment but also because he was well read and by all accounts a great raconteur with a good sense of humour. In addition Elizabeth I, as she is an icon for women although not always seen as such.  I’d like to chat with her about how she managed in such difficult cultural circumstances to be such a great success.  If she was a bit austere, Mr Bowie could maybe warm her up.

IF YOU COULD BE GOD FOR A DAY, WHAT MIRACLE WOULD YOU PERFORM?

I would awaken in everyone the ability to heal themselves on a physical, emotional, mental and spiritual level. That in turn would dissolve most of the world’s problems.

WHAT WAS YOUR BIGGEST MISTAKE IN LIFE?

WHAT WOULD YOU LIKE TO BE DOING IN FIVE YEARS TIME?

Managing my practice on a larger scale

This article first appeared in the July/Aug issue of Business Cornwall magazine. 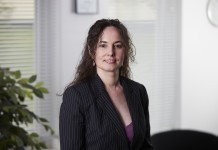 Setfords sets up at PIC