Business Cornwall’s Morveth Ward discovers whether an Electric Vehicle (EV) is yet a feasible option for motoring duties in the south west. The EV of choice for this test was BMW’s i3.

There are two questions here; firstly, is it viable to run an EV of any kind in a rural area? And secondly; if yes, is BMW’s i3 a good option? I will tackle the latter first and for this purpose I’m not even going to touch on the major factor of the range, leaving that until later. For now, I’m just looking at what the i3 has to offer as a ‘car’, irrespective of range. I’m not going to spend too much time here, as overall the i3 is undoubtedly an excellent car, so I will just mention the most notable attributes, both strong and weak:
• Made with purpose – The i3 is a purpose built EV, whereas many EV’s are derived from a ‘normal’ car, and this you really notice, it’s better thought-out and feels different.

• Refinement and luxury – This is particularly good and better than you’d expect from your typical hatchback. The contemporary lounge-like cabin is particularly spacious and well-equipped. It is obviously much quieter than your average car having no engine noise.

• Performance – With a 0-60 time of circa 7.5 seconds, it will get you off the
line far quicker than your average hatch and provides entertainment catching ordinary car drivers off-guard.

• Loveable – Intangibly (as well as literally), exudes energy and quirkiness which will charm you.

• Practicality – It has a pillar-less door system with short suicide doors to the rear and long conventional front doors – super if you have plenty of room to one-side of you but awfully impractical (for those in the rear) and challenging to get in and out of if someone is parked alongside of you. The boot is shallow because of the batteries (and generator on the range extender models), however BMW have been clever at masking this and the i3 still offers a decent amount of loading space.

• Cost – Expensive at £32,330 however there are tax savings available as well as 0% APR on finance options, and you get to tick the CSR box.
As a car the i3 is certainly one of the best in the range (of all premium hatchbacks), that offers charm, head turning looks and refinement that others don’t.

So, it’s a great car, however can you rely on it (or any EV for that matter) to get you where you need to be in Devon and Cornwall without worrying that it’s going to run out of range? I spent a week in the i3 to see if you could cope.

As you can see from the map I’ve been all over Devon and Cornwall and never came unstuck once, nor did I waste hours of time waiting for it to charge. The key to it all is being proactive at planning your journeys and where you’ll be able to charge. Also, as I learnt, you need a contingency plan; what happens if there’s a diversion? What happens if a charge point is out of service? Familiarise yourself with the various charge points. This is not as strenuous as it sounds, I used a mobile app called, Zap Map which lists most public charge points as well as giving up-to-the minute updates as to their status. Worth noting that the rapid charge points can give you around 80% battery power in 30 minutes, Cornwall services has one of these for example. I’m still not totally convinced that the public infrastructure is sufficient enough in the south west, however it is improving all the time. For this reason I preferred to rely on charging at home. You really do need off-street parking if you’re going to invest in an EV, for the purposes of home charging. 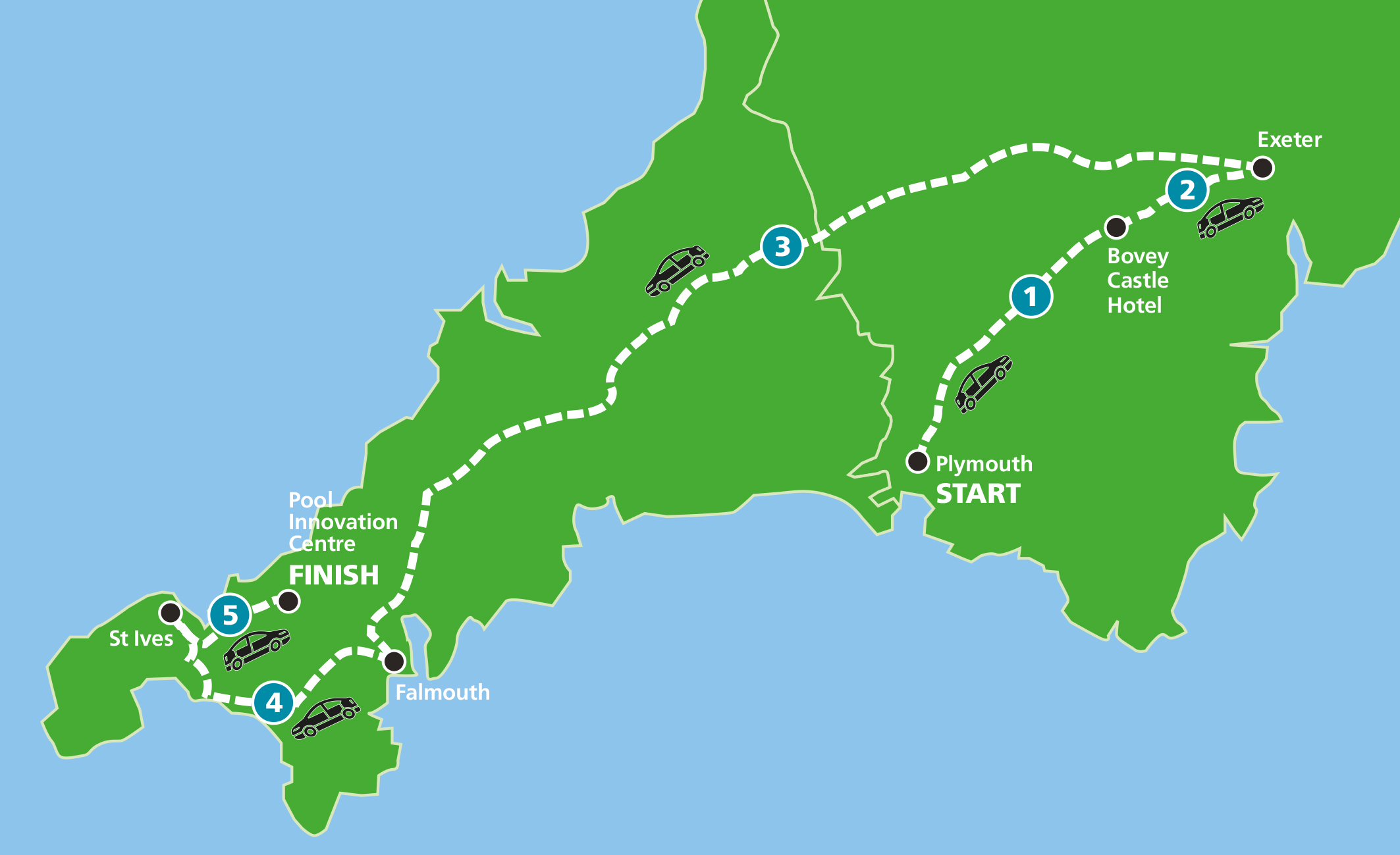 The i3 Rex (range extender versions) has the ultimate contingency having an on-board petrol generator in the form of a 600cc BMW motorcycle engine which will if necessary maintain range for as long as there is petrol in it and of course there is no shortage of petrol stations. I had to use it once for around ten miles at the end of my journey from Exeter to Falmouth – I could have easily charged it en route at one of the rapid charge points but I was in a rush to see The Red Arrows with The Samphire Club. It would of course undermine the principle if you were to use the generator regularly, but very comforting to know you’ll always make it home and this is certainly the version I’d opt for. The new i3 will offer range up to 125 miles and 206 for the range extender version.