Sitting in a hotel in the small town of Lautzenhausen near Frankfurt on a marketing trip a little apprehensively two days after Brexit, I came across a story in one of Germany’s top newspapers Frankfurter Allgemeine Zeitung.

The headline read “We’ve lost Britain, but we still have Cornwall!” and I think it tells us a tremendous amount about Cornwall s potential to differentiate itself as a destination for in bound tourism within the UK.

Obviously Cornwall has a special place in the hearts of Germans because of the films based on Rosamunde Pilcher stories set here, but I have a feeling that in five years time we could look back on 2016 as a turning point in the development of Brand Cornwall in all overseas markets. If we can grasp the opportunity.

In 2015, a £5 million Government grant created the South West Growth Programme to promote tourism in the south west. Only implemented at the start of this year it sent Visit Cornwall and other local tourism bodies around the world attending trade fairs and promoting the region in these markets. There were dozens for Familiarisation Trips for journalists, travel agents and operators exposing them to what we have to offer.

Then Brexit and a dramatic drop in the value of Sterling. Great news for tourism to the UK we just got cheaper! Anecdotal evidence shows that London saw an instant boost to visitor numbers, but it’s a lot easier to organise a city break than a week in Cornwall.

So the benefits to Cornwall will happen, but may take a little bit longer. Is there any evidence for this?

Though our own German language consumer website www.urlaubcornwall.de we’ve seen cottage bookings up nearly 25% this year. Mostly put down to the safety first attitude as travellers avoid the eastern Med, but latterly the Sterling devaluation.

As a specialist destination management company for Cornwall we know the travel trade works on much longer time horizons that the general public. However, our own enquiries have really changed post Brexit. The variety and scale of projects has already increased dramatically.

In a short space of time we have created a programme for a huge travel company in Germany to feature the Isles of Scilly for the first time in their main brochure for 2017. We are currently working on two very large group travel programmess in Cornwall for a US operator and another German firm. We’re being asked to develop new products and new experiences for visitors to broaden Cornwall’s appeal and open up the region to an ever more sophisticated market.

Attending ITB, the world’s biggest travel fair in Berlin in March, made things clear. To take advantage of this opportunity Cornwall needs drive, innovation and most of all consistency. The one conversation repeated time and again was that UK regions raise their profile with Government backing then disappear for seven or eight years until the next round of funding. To make the message stick with the travel trade, holiday makers and media alike, we need to engage with them consistently year after year. 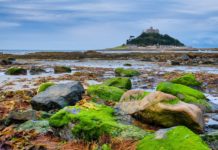