It is amazing what the organisers of The Masked Ball have achieved creating one of the biggest ‘off-the-wall’ dance parties in the UK and one of the most prolific Halloween events in the whole of Europe. With the focus rightly being on the jamboree it’s easy to forget how much work and planning goes into this well executed event behind the scenes. What organiser Kelvin Batt and his team have achieved here should be an inspiration to anyone who has an idea – and if you persevere with conviction and are prepared to face inevitable barriers head on ideas can be made a reality. 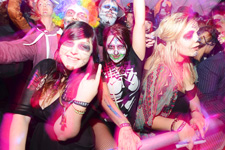 This year the event, which takes place in at Flambards Theme Park, Helston, Cornwall, on October 31, 2015 and will present the biggest names on the UK dance scene.

The event marks nine years Masked Ball series with a huge 10th anniversary planned for next year. The Masked Ball team produce some of the most trailblazing, immersive music festivals and events in the UK. Enhanced by innovative audio-visual design, pyrotechnics and installations, theatrical performers and out-of-this world special effects, these events are captivating and fully interactive.

For 2015, the team will transform the venue into an elaborate underground Halloween lair dedicated to everyone’s favourite ’80s vamps, ‘The Lost Boys’ with a dress code of fantastical horror. The long awaited 8th installment of the dance music festival will once again captivate fans from all over the UK, transporting them into imaginative and immersive film set of illusory horror.

Clubbers will be transported into a world of fantastical horror with rip-roaring fun to be had at every turn. In addition to showcasing some of today’s most renowned dance music artists from all over the world, the Halloween Ball will create a captivating playground of carnival rides and costumed performers for thousands clubbers.  A creative team has developed twelve arenas of gore-infested mayhem, brain busting anthems and much more… 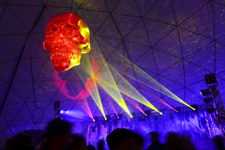 Wandering through theme park at night, party-goers will stumble across 12 unpredictable nano-venues, eccentric humour and epic raves with a soundtrack of stellar drum and bass, New York disco and terrifying techno.

Masked Ball organiser Kelvin Batt said: ““We can’t wait to sink our fangs into this one, lost boy’s is a cult classic and the team have already been going all out to make this craziest ball yet, we’ve really gone to town with the whole theatre side of things, making flambards as emersive as possible!”