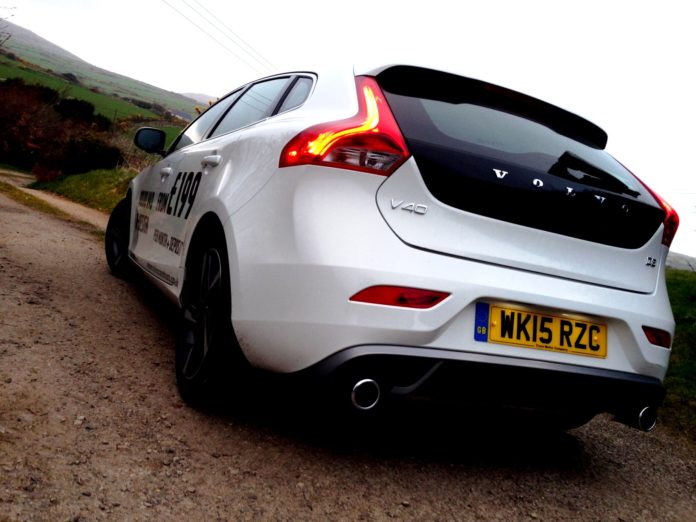 Morveth Ward has been reviewing the Volvo V40 R-design courtesy of Truro Motor Company. Why is this premium hatchback so elusive in the market?

This Volvo is for the thinking person, it never instantly springs to mind when you think of hatchbacks yet a little analysis and you soon see this is a fierce contender in the premium hatchback market. 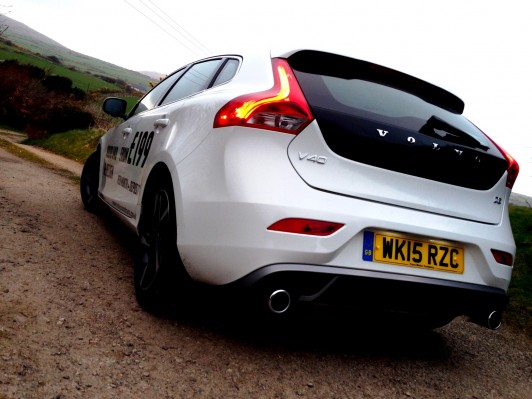 Firstly, the V40 is a stylish and distinct looker. The D2 R-design that I have been reviewing is a little more belligerent in looks thanks to additions such as a lower front nose, twin exhaust pipes and 17” Ixion alloy wheels.  As opposed to many hatchbacks that look awfully similar, the V40 looks unmistakably Volvo. This doesn’t just stop at the looks either; it is distinct in almost every sense.

The interior feels very high quality and dynamic with a feeling of being in a cockpit rather than a lounge-like cabin. If I were to niggle (I had to find something), I do find the charcoal headlining (in contrast to a mostly charcoal interior) a little oppressive – it’s just too dark inside for me. I would opt for a panoramic roof or at least a lighter shade of headlining. That’s just personal opinion though of course and a trivial point.

It drives well; the 1.6-litre D2 diesel is the smallest engine in the range, but pulls surprisingly well and returns a combined fuel economy of 83.1mpg (claimed) with just 88g/km CO2,  which means free road tax too. I was concerned that being the r-design the ride was going to be overly harsh but it just wasn’t. The supple ride and effortless handling make this one of the best driving hatchbacks there are. This car drives extremely well, so comfortable yet equally sporty. The BMW 1 series will always have a more purportedly involved and fun drive, being RWD, however this V40 needs to be driven to be appreciated.

The world’s safest car! For many years Volvo has focused on safety, both fundamentally and consequentially as a marketing tool. This is still continuing and the V40 is the safest car Euro NCAP has ever tested. As a result it’s loaded with state of the art technology including a low-speed collision avoidance system as standard, along with many other standard and optional features.

In summary the Swedish V40 is an extremely good car. It isn’t ostentatious; it simply pervades sophistication and intelligence. I believe that to be partly the reason why it is perhaps elusive, it is not flashy, nor does it need to be. It is able to stand strongly on its merits as a car rather than the image surrounding the car. This is being quietly recognised though which is evident from the sales figures for the V40 and particularly in Cornwall where Volvo’s market share is much higher than their national market share. It then becomes clear to see why Truro Motor Company was awarded best Volvo dealership in the country. Personally I still think there are too many car buyers going out and buying a rival hatch without properly considering the V40. 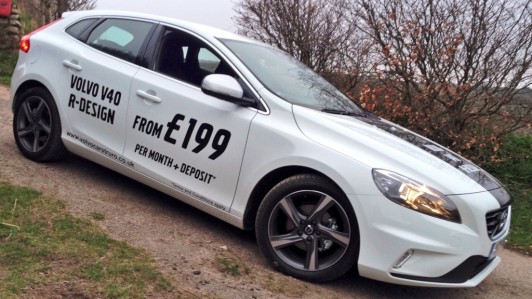