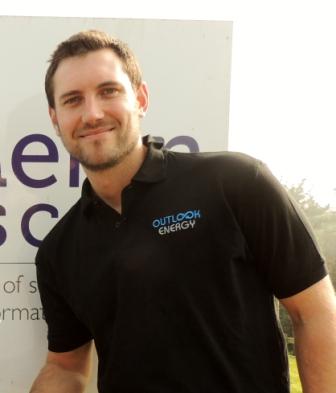 “I’m not interested in solar panels anymore because the Feed In Tariff (FIT) isn’t what it used to be.”

“The fact is, it’s much more affordable now and the risk is smaller.”

One of the reasons it frustrates me is because this opinion isn’t entirely accurate. But the main reason is because if you look at the bigger picture, the Feed In Tariff (FIT) situation right now, is actually, in my opinion, better than it was.

In fact, I would go as far as saying there has never been a better time to invest in Solar PV.

When I was a child I played marbles. In fact I’d go as far as saying that at one point I was infatuated with marbles. I had a problem. At my lowest point I would just stare at my collection, touching them, talking to them. I even slept with them.

During this phase, every lunch time at school I had the opportunity to acquire more marbles. I would go head to head with another marble enthusiast. We would bet say, ten balls each for a win and then play a game of marbles. Some players, would go all in against each other. Invest everything…risk everything. They were the high rollers of the playground. Crazy! Admirable but crazy!

However, there were a few of us that played a different game. A sensible game. I had a game plan and I stuck to it. I had one rule and one rule only. Never bet more than 25% of my entire stock. (When I say 25%, it was probably more like a small handful of marbles). So if I won, superb! My collection would grow and I’d sleep well that night.

If I lost, sure I would die a little inside but I hadn’t invested my all into the game. I still had the majority of my stock to use later on in life. Or in real terms, until the summer holidays. My business plan ensured I would normally cash in around late June.

The point is, I felt comfortable with the risk. I didn’t like the thought of throwing all my eggs in one basket. I wanted to keep some marbles for those rainy ‘indoor play’ days! Three/four years ago, the FIT was around 30/40p p/kwh for a domestic 4kw system and the cost was anywhere between 12k and 16k. In my opinion, that is a lot of money for the average household to invest, irrespective of the return on that investment.

Today the cost of a 4kw Solar PV system has reduced down to only £6k-£8k. Half of what it was.

Yes, the FIT has dropped but because of the reduction in the capital required, the return is still very good. The fact is, it’s much more affordable now and the risk is smaller.

You don’t need to invest as many of your marbles.

A large percentage of my customers thought about a Solar PV installation a few years back but couldn’t afford to look at figures of sixty, seventy thousand pounds. But now, those same people now have Solar PV systems installed on their roofs because the investment required is so much less today.

The other point to mention is that whilst playing marbles in the playground was fun, there was always the risk of losing the match and therefore losing my marble’s. With solar PV on the other hand, a return on your investment is guaranteed by the government. This, of course, is based on the fact the sun doesn’t disappear for the rest of eternity.

I must say though, I did admire those playground high rollers but the truth is only a small percentage of those guys went into the summer holidays with a healthy cash flow. I on the other hand, invested wisely, cashed in at the right time and spent all of my £6.44 on penny sweets, football stickers and a huge great gobstopper!

Sign up to receive Business Cornwall magazine on your iPad