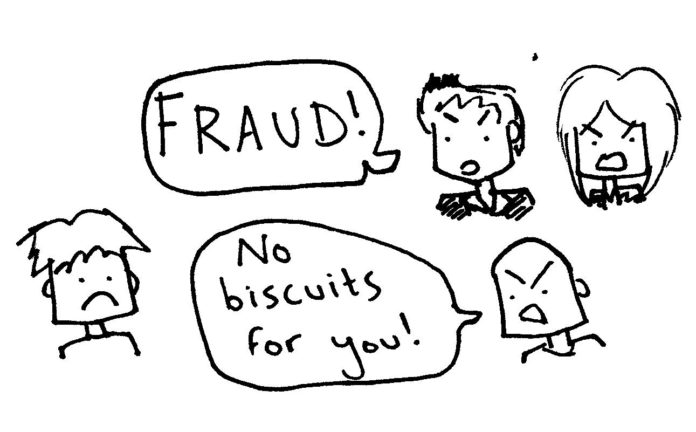 Gather ‘round, budding creatives, for I have a tale that will chill you to the bone. It’s about a young Graphic Design graduate named Clive.

Only a couple of months had passed since Clive left university with a Distinction and a collection of glowing references from placement officials. He was fresh-faced, talented and ready to make his name known in the Cornish business community.

He was ready… to network.

‘Don’t worry,’ his experienced networker pal reassured him as they drove towards the Business Fair. ‘Just be yourself.’ This proved to be difficult for Clive, as on a normal day he did not have a heart rate of 300 bpm and his sweat glands were not usually in such a state of furious moisture rejection.

Upon entering the building, intimidation hit full-force. Clive had to sign his name on a guest list. Granted, for a moment this did make him feel like he was part of an elite club, but it also filled him with dread that at any moment the suited business-types would realise he was unworthy and kick him out onto the street. 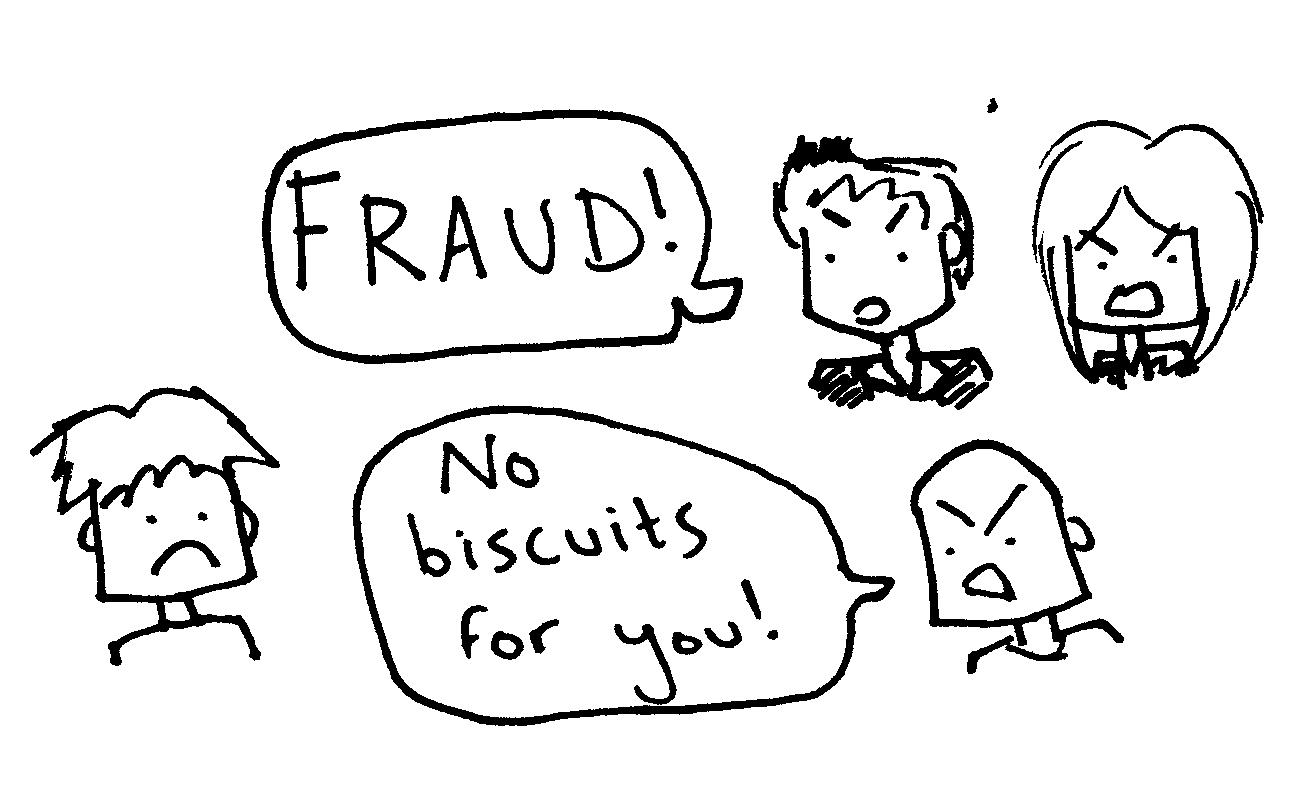 Luckily, it wasn’t long before Clive met a friendly chap with an interest in his work. Things all seemed to be falling into place when he mentioned he ran a design company and was looking for an intern. But then, as the storm clouds outside brewed… the unthinkable happened. As Clive reached into his man-bag to retrieve his contact details, he suddenly made a terrible realisation.

Instead of his painstakingly designed business cards, he had printed out a hundred images of himself at the age of nine, dressed in his older sister’s clothes. With mortified disbelief, he also noticed he was naked and had bolognaise sauce all over his face. And bird poo on his head.

And then he fell over.

All at once, everyone in the entire building gathered around. And they pointed and laughed and chanted his name. Clive was then forced to work in Tesco… forever.

Although this story may seem farcical, many newcomers expect this to be roughly how their first networking events will pan out. I personally still check my cards in fear that the words have magically rearranged themselves to spell out ‘I HATE YOU’, or something that would go down equally unfavourably with potential clients.

No one wants to be Clive, but when panic sets in, it’s easy to assume that the worst will happen.

Here’s the problem: Many beginners see networking as a dangerous plunge into shark-infested waters, where pointy-toothed beasts mull around waiting to bite the heads off fresh bait.

In reality, it’s actually more like a pleasant pond of gentle creatures that are there to help each other out. Just imagine you’re a pair of Bluestreak Cleaner Wrasses nibbling plankton from each other’s backs. 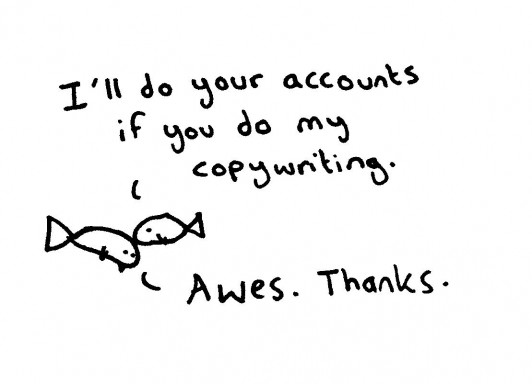 So, to all those taking their first tentative steps into the networking seas, relax. Once you calm down and start going with the flow, you might just be catch of the day.

This blog post was written and drawn by Sophie Deal of Speech Bubble copy. You can find out more at speechbubblecopy.com