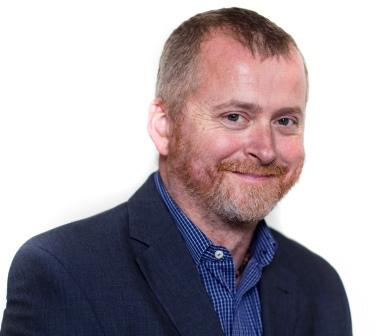 It’s a great shame that the Council has refused to provide any public funding for the beleaguered Stadium for Cornwall project.

It seemed like a fantastic opportunity for Cornwall, to at least give us a facility that every other county in the country enjoys, but I guess it wasn’t meant to be. This is Cornwall, after all.

In their infinite wisdom, our democratically elected councillors are worried that the stadium will become a white elephant. They fail to see the vision or the benefits.

Personally, I think it they have got it seriously wrong but who am I to complain? Like many, to my shame I must profess to a general disinterest in the machinations of local politics.

I cannot remember the last time I bothered to vote in a local council election and the majority of people have the same degree of apathy. So perhaps we have little right to moan about councillors’ actions when so few people turn out to vote.

‘Public servants’, but with so little public backing or interest, no wonder many of them appear to be such an out of touch bunch.

The naysayers have said that the business case for such a “luxury” just doesn’t stack up. But surely this is truer from a private sector perspective than a public one? Yet the private sector has still managed to pull together some £10 million. Unfortunately it is missing the other £10 million – which one side can’t pay, and one side won’t pay.

From a private sector investment point of view, it could take many years before they begin to see a return on their investment, as they are purely connected with the stadium itself. But the overall benefits reach out to a far wider audience and offer returns that should tick Council boxes.

The stadium will bring countless new revenue streams to Cornwall. The thousands of extra rugby fans coming into the area every other week, many from out of county making a weekend of it, spending their money in local bars, restaurants, B&Bs, and hotels.

And then there’s the positive publicity Cornwall will get from the Cornish Pirates regularly appearing on national television and in the national press.

There’s also the community aspect to the project. The public pride in it. But without any public funding, the community might not get such a look in, in the unlikely event the stadium should ever be built.

There is a certain irony. As this country spends billions on the Olympics, talking about the legacy the Games will leave, the Council refuses Cornwall its chance, not to have a world class facility, but just one that fulfils a national criteria.

And it crushes young dreams. If you dream of one day competing in top flight sport in Cornwall, well you’ll have to pack your bags and do it elsewhere.

Supporters of the Stadium for Cornwall plan point to Exeter’s Sandy Park facility as a case study of what could be achieved.

While it is currently looking at expanding its capacity to 20,000, forget about the sporting aspect for a second. Just look at the business suites, conference facilities and exhibition space it has. And a banqueting centre that can cater for up to 450.

Nothing remotely approaching this exists in Cornwall, or is ever likely to do so now. “The sky’s the limit at Sandy Park” its website proudly proclaims. In Cornwall, the bar is stuck somewhat lower.

This blog was written by Nick Eyriey, editorial director at Business Cornwall magazine and, you might have guessed, a keen sports fan.